Shoojit Sircar is one of the best directors we have in Bollywood right now and his attachment to a movie is a sureshot sign of quality. He’s already produced Bengali films directed by Aniruddha Roy Choudhury before. Now the two have teamed up for a Hindi film – Pink. They also get Amitabh Bachchan’s presence in the movie. The promos have promised a hard hitting intense thriller set in Delhi. Does Pink deliver on the promises? Time to dissect and find out.

Story: 3 girls – Minal Arora (Taapsee Pannu), Falak Ali (Kirti Kulhari) and Andrea (Andrea Tariang) are staying together as tenants in a posh South Delhi locality and are normal working professionals in their respective fields. One night, after a rock concert they accept a dinner invitation from Rajveer (Angad Bedi) and two others to a resort in Surajkund, Faridabad district, Haryana. Rajveer and his friends get drunk and try to molest Minal Arora (Taapsee Pannu) and her two roommates. Andrea is touched inappropriately by Dumpy (Raashul Tandon). Minal picks up a bottle and smashes it on Rajveer’s eye, leaving him bleeding despite she said NO to him. Rajveer lodged a wrong FIR against the girls labelling them prostitutes, using his powerful connections. Minal is charged for ‘Attempt to murder’, where she could face imprisonment for more than 10 years, if convicted. Deepak Sehgall (Amitabh Bachchan) is a lawyer suffering from bipolar disorder who experiences frequent mood swings. He represents the girls in the court. The film revolves around how Deepak fights the girls’ case against these influential boys.

Anirrudha Roy Choudhury brings his years of experience and talent to Hindi cinema with an assured debut that doesn’t shy away from the hard facts about how women are treated in India by the educated AND also the uneducated men. The story is brought together in a harrowing recollection through the court room scenes. Pink gets straight to the point from the get go and doesn’t miss a beat in the first half. It is a story that almost every Indian woman will identify with because the experience that these women go through is not uncommon. At all. The courtroom scenes in the second half are stellar even if they are a tad bit over dramatic. Anirrudha Roy Choudhury makes one of the best directorial debuts of the year with Pink. 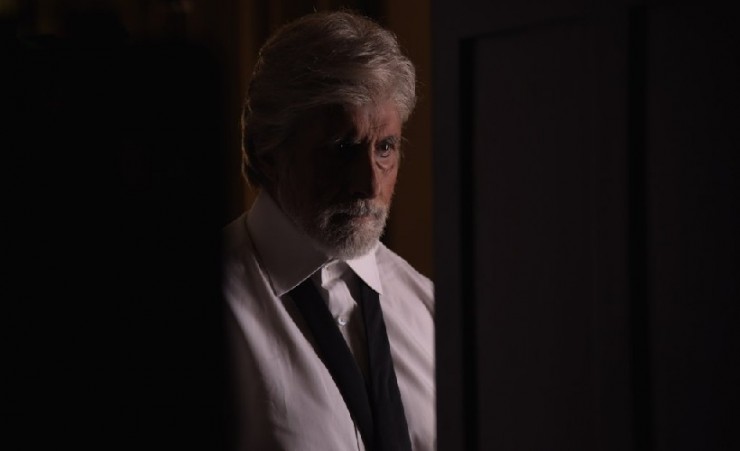 Pink works because like Shoojit’s Piku and Vicky Donor, it gets the Delhi milieu right. This time they capture the South Delhi aspect perfectly. The detailing in the movie is one of the finer aspects of the movie. The production design and the costume design are apt. The editing is very good and doesn’t linger on to a scene for longer than required. Pink’s background music isn’t grating and highlights the moments in the film all too well.

Acting: We will get to Amitabh Bachchan’s performance but first let’s take a moment to salute the three girls. Tapse Pannu is absolutely sensational but Kirti Kulhari steals the film. She portrays the vulnerability, nervousness and fear of her character with aplomb and shines especially in the later portions of the movie. Andrea makes a good debut. Amitabh Bachchan is Amitabh Bachchan. This man needs no lesson in acting from mere mortals. But in Pink he is out shined by the girls. Amitabh’s character is probably the most clichéd and that results in an uneven performance. Piyush Mishra disappoints. His over dramatized acting makes the audience lose the thread of realism that the director binds through his movie.

Conclusion: Pink is the women’s rights movie that we needed. It is unabashed, it shows us the harsh reality of the system, it shows us the perils of law in this country where the rich rule the roost and control the cops and the justice machinery. It has its minor flaws but all that fade away in comparison to the impact that Pink is sure to have on its audience. It teaches everyone a valuable lesson about consent and tells the story through a taut thriller that shocks and awes us. Pink is a must watch.