Dharma Productions’ Humpty Sharma Ki Dulhaniya has been promoted well and the music has also been liked but what made it a major talking point is the comparisons with Shahrukh Khan’s Dilwale Dulhania Le Jayenge and how it is the DDLJ of modern times. The Punjabi setting, the story all resemble DDLJ. Even the title sounds similar. So will the makers be able to give DDLJ a modern tribute through Humpty Sharma Ki Dulhania? Let’s find out.

Story: Humpty Sharma (Varun Dhawan) is a Delhi based stationery shop owner’s son, proud of his non achievements leaking exam papers alongwith his best friends Shony and Poplu until the time he meets Kavya Pratap Singh (Alia Bhatt) from Ambala who comes to Delhi to buy her wedding outfit. The first half is filled with moments of their bonding where Humpty helps Kavya to earn enough money to buy her wedding outfit and their journey to discover love. The second half is about family bonding, drums and celebrations. Should be apparent by now that is the closest DDLJ lookalike Bollywood has made in sometime.

Review: Shashank Khaitan who has makes his directorial debut has decided to pay his tributes to DDLJ in his own way, and the film works mostly because of the innocence in his work. He fills Humpty Sharma Ki Dulhaniya with sombre moments and entertaining situations which never drag the film. Humpty Sharma Ki Dulhaniya flows like air and does so wonderfully. Very few people would have gone in to watch the film with the expectations of it being such an entertaining fare. Shashank deserves praise for his unpredictable approach to such an easy-to-get-wrong film. 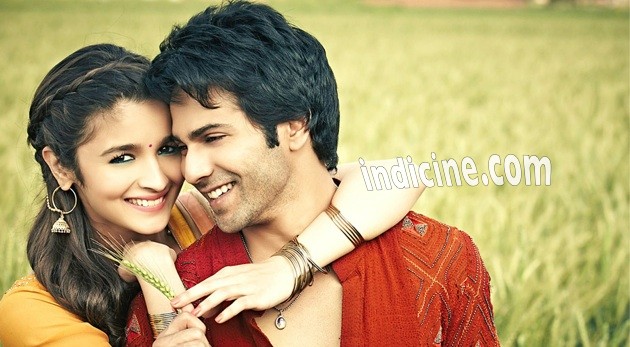 The other technical aspects of Humpty Sharma Ki Dulhaniya are fine. The cinematographer has shot the Punjab locales with a sure-footedness. The music of HSKD sticks with you. Saturday Saturday is ruling the night clubs and pubs, but Samjhawaan is the track that stays with the viewer (although we do like the original sung by Rahet Fateh Ali Khan a lot more).

Humpty Sharma Ki Dulhania belongs to Varun Dhawan, who is quickly emerging as a mega star in the making. He takes control of the show right from the start and excels with his peculiar Delhi mannerisms and accent. Alia continues her rich vein of form with HSKD. She portrays the role of a middle class Punjabi from small town Punjab beautifully. Her chemistry with Varun Dhawan clicks and they both look passionate on-screen. The casting of Ashutosh Rana is a masterstroke as he essays the role of the daunting father with an assured touch. Hope we get to see more of him in Bollywood films once again! Siddharth Shukla is just about average in his role but that is probably due to the character being abrupt and uninspired. Sahil Vaid who had played the role of Poplu is fantastic and almost steals the show from Varun.

Box office: Humpty Sharma Ki Dulhaniya will take an above average opening at the box office. But positive word-of-mouth publicity will carry the film to safety and beyond.