Katrina Kaif has been away from the spotlight lately as Deepika Padukone has overtaken her in the actress’ standings and young actors like Alia Bhatt and Shraddha Kapoor have started making their mark. She tried to go the serious way with Fitoor but that turned out to be a damp squib. She is in need of a hit and appears with Sidharth Malhotra in Baar Baar Dekho. The promos of the movie have promised a dramatic love story with the added twist of time travel. Does it deliver on the promises? Is Baar Baar Dekho able to rejuvenate Katrina’s character and the genre of romance? No better time to find out than now.

Story: Jai Verma (Sidharth Malhotra) is a lightbulb when it comes to Mathematics but is a potato when it comes to love and relationships. He tries hard to figure out love and life but fails everytime. Dia (Katrina) is deeply in love with Jai and wants nothing more than spending her life with Jai. But Jai makes things complicated with his overthinking. They have a squabble before their marriage. This leads Jai to have the ability to travel further in time and experience the important moments of his life. He sees his honeymoon, his moment of becoming a parent, and a fair few other moments. He sees his relationship with Dia falling apart. When he gets the chance to set things right does he take the opportunity and utilise it?

Review: The script of Baar Baar Dekho has clearly been written and rewritten many times because the moments portrayed in the film have a deftness about them. There’s a certain sense of déjà vu for the normal viewer as the story is very relatable. Who wouldn’t want to see their future and set things right? Nitya Mehra does a commendable job at utilising the full potential of this unique (maybe not so much) concept. Baar Baar Dekho doesn’t have too many rip-roaring moments as the emotions are kept subtle, and it entertains without going overboard. 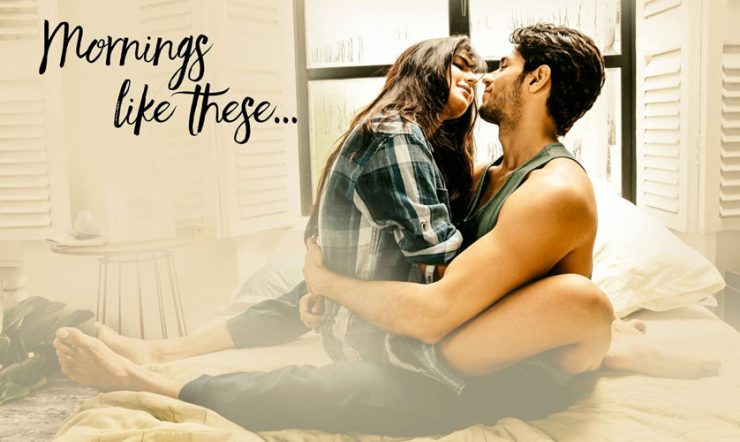 Technically, Baar Baar Dekho looks like a movie mounted on a big scale even though it is a medium budget film. This is due to the smart production design and the technically efficient cinematography. The editing is fluid and none of the scenes feel displaced. The music of Baar Baar Dekho is a strong point. Kala Chashma has already become a rage. And other songs like Khair Mangdi, Nachde Ne Saare and Dariya all become ear worms. This is a well put together soundtrack which suits the nature and tone of the movie very well. A good all round effort.

Acting: If there’s one department in which Baar Baar Dekho lags, it is in the casting of the two lead actors – Sidharth Malhotra and Katrina Kaif. Seldom have we seen such a good looking screen couple together before, and at the same time their lack of acting chops is glaringly obvious in the dramatic and emotional scenes. The gravitas that should have been necessary in the mature scenes is missing. They look good, if only their acting looked good too. Thankfully, however, without the compulsion to cast bankable stars, Nitya gets the casting of the supporting roles on point. Sayani Gupta, Ram Kapoor, Sarika, Rajit Kapoor all nail their respective roles. They build the film when the two lead characters are tearing each other apart.

Conclusion: Baar Baar Dekho is a refreshing change from the mundane formulaic films that Bollywood keeps churning out week after week. It has a unique-ish storyline, wrapped in a delicious looking affair. It doesn’t offer the wholesome feeling of watching a typical Bollywood film but it does leave the viewers with food for thought. It could inspire people to work harder for their love and relationships. Baar Baar Dekho is an entertaining watch that could have been taken into another level if the lead actors had more than 5 expressions. But that shouldn’t deter anyone from watching the movie. It rises above expectations and coupled with decent music makes for a good movie watching experience.