Tiger Shroff made a star-like entry with Heropanti about two years back where he was appreciated for his action skills. This time around too he’s chosen a movie which is mainly reliant on his action skills. Shraddha Kapoor joins him in this Shabbir Khan directed movie. The trailers have promised an entertainer. Does it live up the expectations? Time to find out.

Story: Ronny (Tiger) is introduced as a rebel (the film’s title is Baaghi: Rebel for love). He is sent away to a martial art training institute in Kerala by his guardian to get him away from lackluster decisions. He meets Sia (Shraddha) a girl who is seemingly always in a good mood. They fall in love but there’s always a twist, isn’t there? Somebody (or somebaddie) called Raghav (Sudheer Babu) is also maniacally in love with Sia and wants to eliminate Ronny. How does he go about doing that and how Ronny fights back forms the remaining crux of the story. 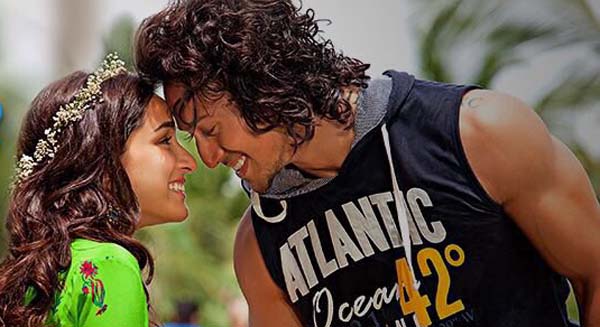 Screenplay and Direction: Baaghi has the most stereotypical Bollywood story that you can think of which has been presented in an ultra-action mode by director Shabbir Khan. The comic elements put in by the director are cringy and doesn’t make anyone laugh. And the whole Karate Kid angle feels ridiculous to anyone familiar with the Hollywood film. In fact, Baaghi gets pretty slow in the second half when most of the action revolves around well, action. Not unexpected but it would have been nice if there was a proper story to accompany the action. Baaghi is an in-cohesive film which is let down by its own promise of an entertainer.

Baaghi has been shot in beautiful Kerala and the cinematography somewhat manages to bring forth the beauty of the state. The action choreography is heavily inspired by recent action blockbusters like The Raid Redemption where Ronny takes out dozens of men aligned with the antagonist. If you’re someone who wants to see just the action, then there won’t be a better film than Baaghi for you this year. The music of Baaghi is average with none of the songs really sticking out and making a mark like the songs in Heropanti did. The songs are decently shot, however.

Acting: Tiger Shroff is in brilliant form when he’s asked not to open his mouth. There are probably less than 5 actors in India who can do the sort of action that Tiger has done in Baaghi. But he really does need to work on his emotive skills if he wants to have a long career in Bollywood. Shraddha Kapoor plays the same vivacious character that she has played in her past few films. She should do some more heavy duty films which require her to act. Sudheer Babu also steals the show as the baddie and he can do action and how! But alas, like Tiger, he can’t emote. Sunil Grover and Sanjay Mishra play caricature characters and Baaghi could have done with more from these actors.

Conclusion: Baaghi is an ultra actioner aimed at the testosterone fueled part of the youth audience which enjoys such heavy duty actioners. If you want any story or entertainment in your movies, then Baaghi will end up boring you. It is incohesive, and disjointed which solely relies on the action skills of its lead actor to further its story. However, it is a harmless movie which doesn’t aim to tell a super serious story about an important social subject and it needs to be judged that way. And as a light entertainer, Baaghi is passable and can be watched once.