Pacific Rim, director Guillermo del Toro’s ambitious 200 million dollar sci-fi film, promises to be an out-of-the-world experience with dangerous monsters taking over the earth. The director has promised a film that will be  a “beautiful poem to giant monsters”. Pacific Rim releases in 3D and IMAX 3D. 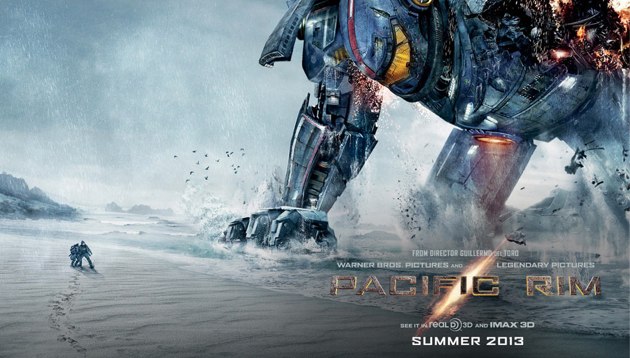 Story: When a group of Kaiju monsters invade the earth from the sea, it’s a battle for survival as it poses a risk to the survival of humanity. To take on the dangerous Kaiju, special robots are devised. Named Jeagers, they are massive in size, close to as big as the Kaiju’s themselves. But even these, with the best of weapons and technology available, are proving to be ineffective. On the verge of defeat, the forces who defend mankind, have no choice but to turn to two unlikely heroes – a former pilot and an untested trainee. The battle between the David’s and the Goliath’s is mankind’s last hope.