The first look poster of Arshad Warsi’s ‘Welcome 2 Karachi‘ has been released. The film also stars Jacky Bhagnani in yet another film produced by his father Vashu Bhagnani.

‘Welcome 2 Karachi’ has been directed by Ashish R Mohan, who last directed Akshay Kumar in ‘Khiladi 786’. Mohan has previously assisted Rohit Shetty in the Golmaal series of films and others like ‘All The Best’ and ‘Sunday’.

The film is a political satire which revolves around two Indians (Warsi and Bhagnani) who land up in Karachi and are trapped into a web of Taliban as they try to get back to India.

Welcome 2 Karachi is scheduled to release in theatres on 21st May, 2015. 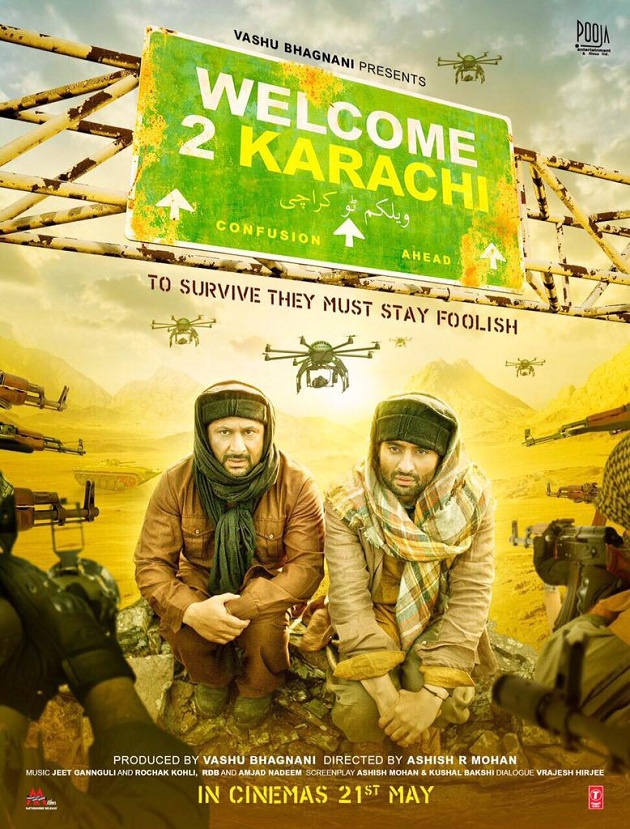