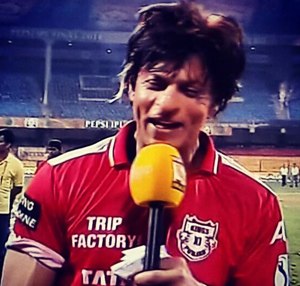 Talking about his good friend Preity Zinta, who he launched in Dil Se, Khan said “Preity is very close to my heart, she discusses the team with me, she discusses her life. The one team that we wouldn’t want to have played in the IPL final is Preity’s”

“Both the team owners (referring to Shilpa Shetty’s Rajasthan Royals and Preity’s Kings XI Punjab) were launched by me, both are very very close to my heart.” SRK said.