The much-debated wedding of Saif Ali Khan and Kareena Kapoor has hit yet another road-block. A couple of months back, Saif’s mother Sharmila Tagore had announced that Saif and Kareena will finally tie-the-knot in October this year.

A couple of days back, Kareena denied it. 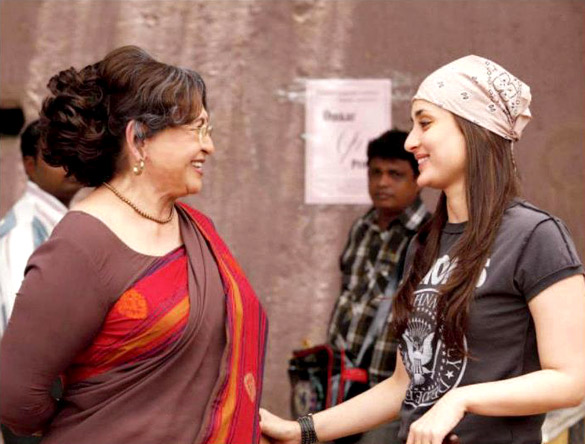 Kareena Kapoor with Helen in Heroine

When asked about her wedding once again at the trailer launch of Heroine last evening, Kareena simply said “Let’s wait for Saif to make the official announcement”

As of now, Kareena says, she is only concentrating on her career and is looking forward to the release of Heroine.

When asked about the film she said “It has always been my dream to become a heroine. My journey has been fantastic but it would not be complete without Madhur Bhandarkar’s Heroine”

“My character of Mahi is eccentric, edgy and over emotional. I am also a bit over emotional at times but other than that, I am not like her at all. I deal with situations differently than how she deals with them” she added.