The first look poster of Commando 2 is out and the lead star of the film – who has a small fan-following of his own – looks good on the poster. When it comes to action, there are very few actors who can match up to Vidyut Jammwal on the big screen – like we saw in his debut Hindi film ‘Force’ where his act found better appreciation than the lead star John Abraham.

Inspite of all the appreciation that he received for his performance, Vidyut hasn’t been seen on the big screen for the last 4 years (Bullett Raja in 2013). He returns with the sequel to his 2013 film Commando.

This time around, the subject of the film is what’s been in news ever since the 500-1000 rupee notes were Demonetised on November 8. The ‘Black Money Trail’ begins with Commando 2 releasing on 3rd March. 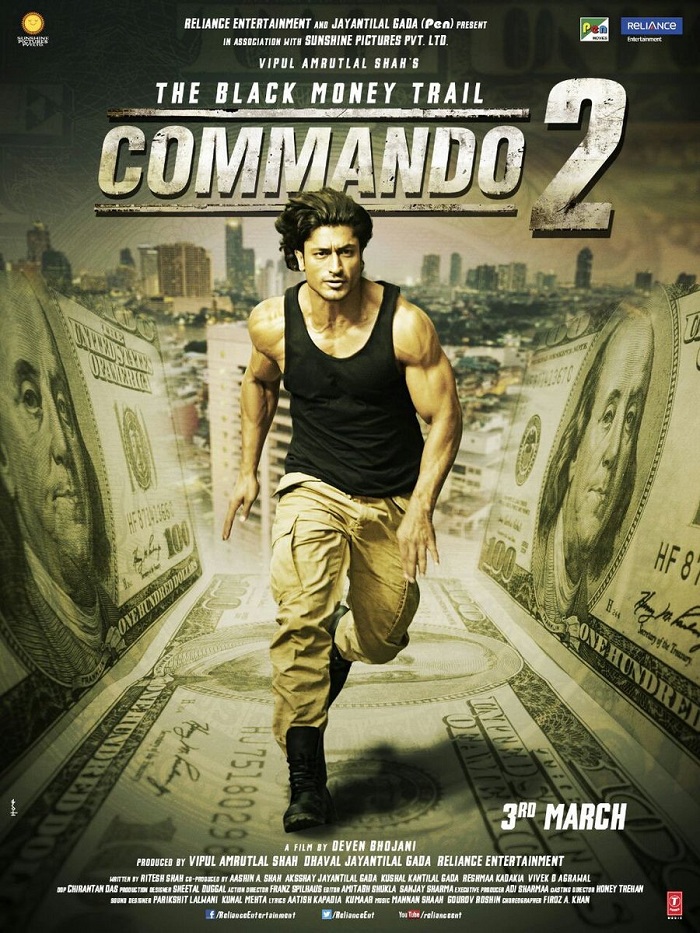