Actor Varun Dhawan is featured on the cover of ‘The Man’. The magazine covers the ‘Heronomics’ of the star who has acted in two films so far – Student Of The Year and Main Tera Hero – both films have done well at the box office.

Varun’s next release is ‘Humpty Sharma Ki Dulhania’, which is scheduled to release in theatres on July 11. 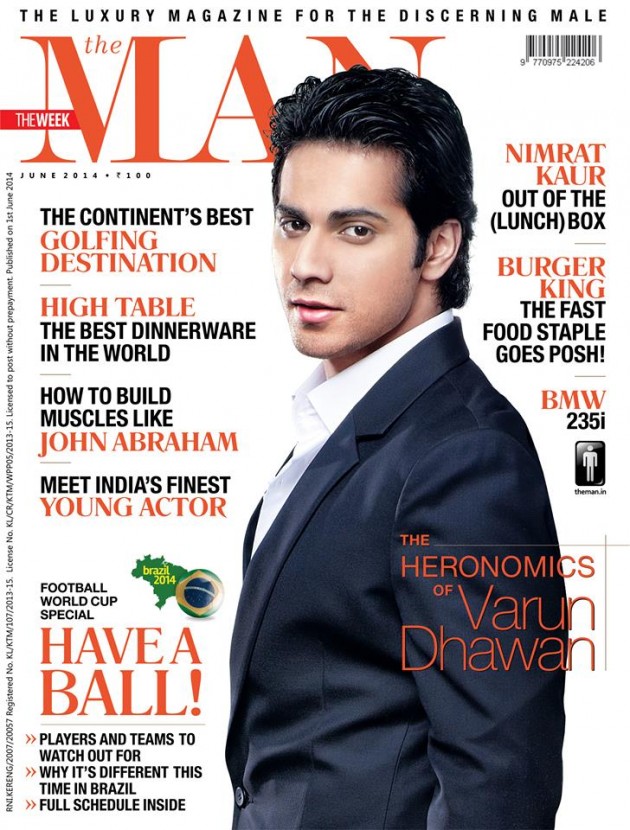