The teaser poster of ‘Tumhari Sulu’ is out and it looks interesting. The lead star Vidya Balan is seen hiding her face behind gifts which she has won along with a basket full of vegetables hanging from her arms.

Vidya, who was last seen in ‘Begum Jaan’, will be seen playing the role of Sulochana, a Radio Jockey. The last time Vidya played a radio jockey was in the Rajkumar Hirani classic ‘Lage Raho Munna Bhai’.

‘Tumhari Sulu’ has been directed by Suresh Triveni. It also features Neha Dhupia and Manav Kaul.

‘Tumhari Sulu’ will release in theatres on December 1st 2017.

The trailer of the film will be out soon: The first look, as per the teaser poster, will be out on September 14th 2017. 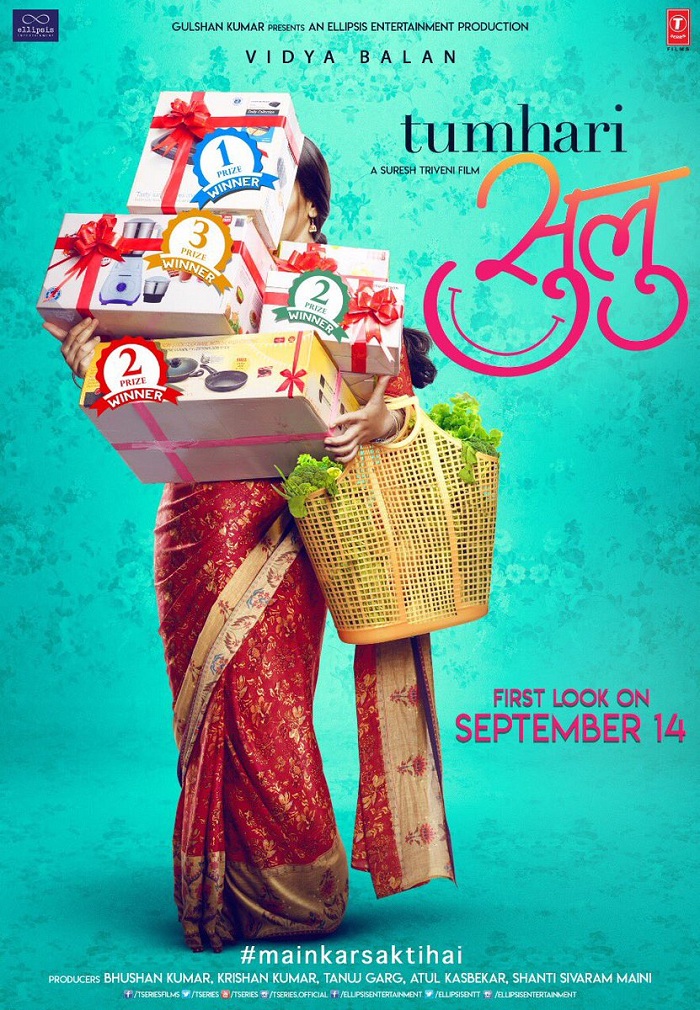