A first song from Salman Khan’s next film ‘Tubelight’ will be out on 16th May. The superstar will be launching the song in Dubai.

The makers have released a new ‘song’ poster for the song titled ‘Radio’.

It has common people throwing the actor in the air, celebrating the uniqueness of the character and their love for him.

Salman has tried to bring child-like innocence to his ‘special’ role. 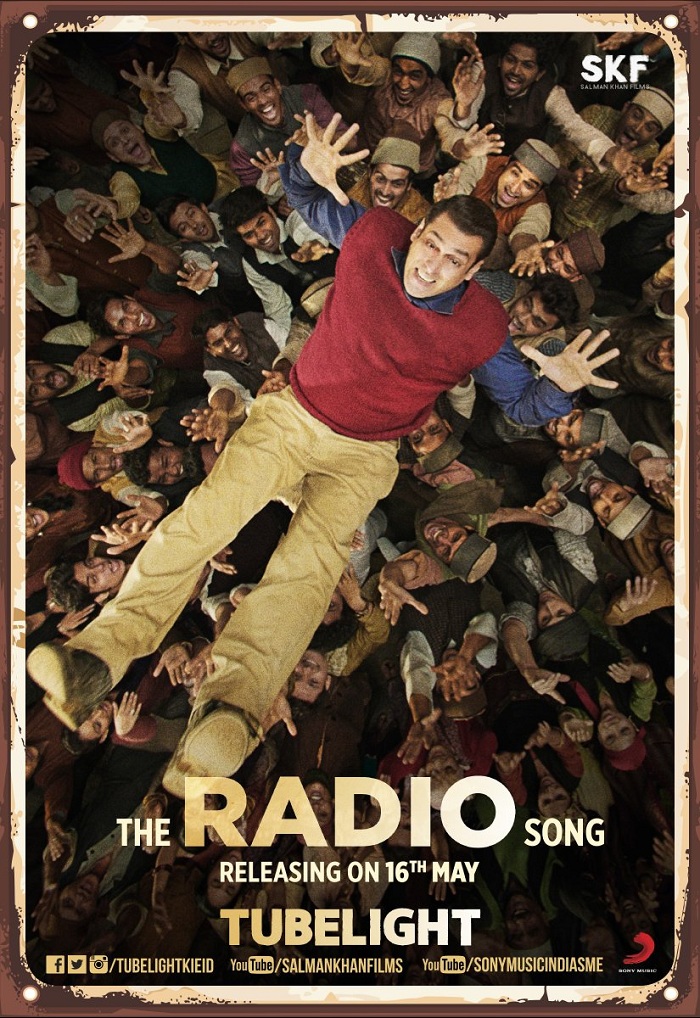