Updated list of Top 15 Actors in Bollywood as of January 2016, after the release of Bajirao Mastani and Dilwale. There are some big changes in the ranking this time around and the younger stars have slowly but steadily begun to challenge stars outside the Top 4. There could be a serious shift in the next couple of years, because the younger actors have youth appeal which is increasing footfalls at multiplexes.

The ranking system will also be divided into three; Top Actor in India, Overseas and Worldwide. The list below is for the Top 15 Actors in India i.e the domestic market only.

Rank 1 Aamir Khan: The combined collections of Aamir Khan’s last 5 films has crossed the 1000 crore mark, the first actor ever to do so. He has maintained a staggering 200 crore plus average for the last 5 films, even though Talaash under-performed at the box office. There is very little to choose between the Top 2 actors in the industry today, with both equally deserving to top the ranking.

Rank 2 Salman Khan: The megastar has become the second actor whose last films have collected Rs 1000 crore or more at the domestic box office. Like Aamir, Salman also averages 200 crore or more per film. Sultan would have to collect Rs 159 crore or more, for him to top the ranking once again. With a solo release, Salman topping the ranking would have been a certainty, but with Raees also scheduled to release on the same day, it remains to be seen how well the two films perform.

Rank 3. Shah Rukh Khan was ranked at No 2 before the release of Happy New Year, he has now come down to the 3rd spot in the domestic (India) ranking. For Shahrukh to beat Aamir, Fan would have to collect Rs 336 crore in India. If both Fan and Raees, which are touted to his return to ‘content-driven’ films, perform well, Shah Rukh could challenge Aamir Khan. The combined collections of Fan and Raees has to be Rs 457 crore or more i.e both films have to cross the 200 crore mark, or one has to do 300 crore plus business. Shah Rukh has probably been a little unlucky too, Dilwale and Jab Tak Hai Jaan both clashed with big films. Chennai Express was also affected to a certain extent by the release of Once Upon A Time In Mumbaai Dobaara on its 7th day. Only Don 2 and Happy New Year had a free and open run. For Shah Rukh, it would be about releasing one good film at the right time. 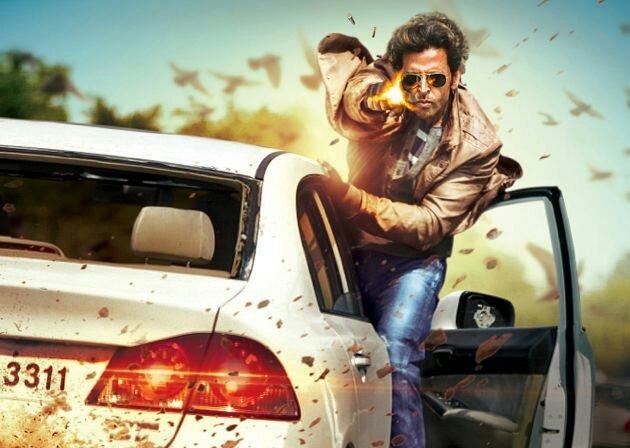 Rank 4 Hrithik Roshan. The release of Bang Bang temporarily took Hrithik ahead of SRK at the domestic box office, but before Bang Bang finished its run, Happy New Year had already released in theatres. Hrithik’s average of 134 cr is fantastic, comparable to the Khans even though he doesn’t always get to release his films during Eid, Diwali or Christmas. To elaborate a little more on this, out of the last 5 films, all SRK films have released during one of the three festivals, except Jai Ho all Salman films have released during the three most lucrative periods in the industry and Aamir Khan too has preferred to release his films during Christmas (all except Talaash). Hrithik got just one Diwali release for Krrish 3 and made the most of it. His next release is Ashutosh Gowariker’s Mohenjo Daro (August 2016) and Sanjay Gupta’s Kaabil could also release later this year. Till then, Hrithik will hold on the 4th spot. Mohenjo Daro releases after Sultan, Fan and Raees, so calculations as to how much it needs to collect, cannot be made at this point in time. He can beat Aamir though and for that, Mohenjo Daro has to collect Rs 398 crore or more!! 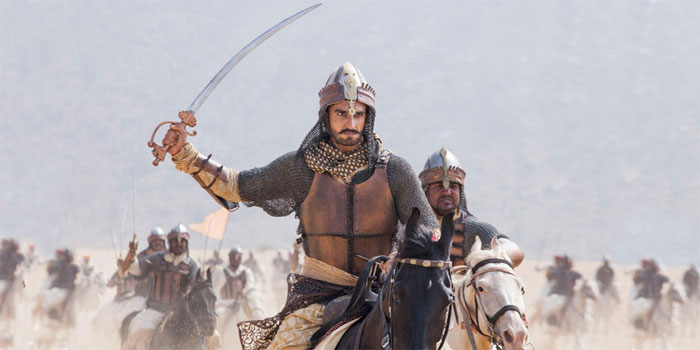 Rank 5 Ranveer Singh: How big is this? One film called Bajirao Mastani has changed Ranveer Singh’s life. From a career that appeared to be faltering after the release of Kill Dil, Ranveer has risen from Rank 10 to the Top 5, not only beating stalwarts like Akshay Kumar and Ajay Devgn, but also overtaking Varun Dhawan. His next film is a biggie too, Aditya Chopra’s Befikre. Ranveer is also the youngest star to make it to the Top 5, probably the first after Hrithik Roshan.

Rank 6 Varun Dhawan: Another young actor who is not only appearing in 2-3 movies every year, but has made a name for himself in just 3 years. The trade loves him too – all his films have opened well at the box office, none have failed and his solo-lead film ABCD 2 was his first 100 crore grosser. What we like about Varun is his choice of films and the effort that he puts into it, right from the pre-production stage to marketing, he puts in a lot of effort. And hard work so far, has not gone unrewarded.

Rank 7 Ranbir Kapoor: His career was at an all-time high after the success of films like ‘Rockstar’, ‘Barfi’ and ‘Yeh Jawaani Hai Deewani’, but the last couple of years have been disastrous for Ranbir Kapoor as ‘Besharam’ tanked after a good opening day and ‘Bombay Velvet’ couldn’t even manage a face-saving opening at the box office. Tamasha looked like a winner because it was an Imtiaz Ali film starring Deepika Padukone as the female lead, even that has failed. Nothing seems to be working for Ranbir. His next release is Jagga Jasoos, a much-delayed film that he has co-produced. The big question is, will it release before ‘Ae Dil Hai Mushkil’? Will the Karan Johar film, which is scheduled to release with ‘Shivaay’ during Diwali, give him his much-needed hit?

Rank 8 Akshay Kumar: It’s been a disappointing 2015 for Akshay Kumar and the ranking reflects that; a drop from No 5 to No 8. Almost all his films looked promising, but not a single film has performed beyond expectations. All his films were expected to be 100 crore grossers, especially Brothers, but the Dharma Productions’ film was his lowest grosser of 2015. One film was profitable, two just about recovered costs and one was a massive failure. Not good enough when the younger actors are now delivering 100 crore grossers. The multiplexes, which generate 80-85% of business for most films, is where his films have been under-performing. He has a big line-up for 2016 too and most of his films look promising; Airlift, Housefull 3, Rustom and Namaste England. Will those films get him a Top 5 spot? Atleast two of them have to be 100 crore grossers plus. Housefull 3 is his best chance, it has to gross big (150 crore plus).

Rank 9 Ajay Devgn: Drishyam did fairly well at the box office, but business was affected by Bajrangi Bhaijaan and Baahubali. When the film was gaining momentum, Brothers released and made a huge dent on the business of Drishyam. It would have probably collected a lot more than it did, had the release been timed better. 3 of his last 5 films have failed, Singham Returns was his biggest grosser. He has big films in the form of Shivaay, Baadshaho and Sons Of Sardaar in the next 2 years. Ajay is making a shift from medium budget to big budget films, if it clicks, he has every chance of making it to the Top 5.

Rank 10 Sidharth Malhotra: There is very little to choose between Sidharth and Ajay at this point in time. But the failure of ‘Brothers’ has hurt Sidharth Malhotra. He has Dharma’s ‘Kapoor and Sons’ lined up for release in March this year.

Rank 11 Farhan Akhtar: His popularity with the multiplex audience in cities is under-rated. His solo film ‘Bhaag Milkha Bhaag’ not only took a good opening at the box office, but went on to collect more than Rs 100 crore. It also won Farhan his first Filmfare Best Actor award.

Rank 12 Arjun Kapoor: The poor performance of Tevar has resulted in Arjun Kapoor dropping one spot down the list to No 13. His next film is ‘Ki and Ka’, also starring Kareena Kapoor. Reports for the R Balki film are good.

Rank 13 Saif Ali Khan: Phantom didn’t work even though it was directed by Kabir Khan and Happy Ending was one of the biggest disasters of 2014. Saif is currently going through the worst phase of his career.

Rank 14 Shahid Kapoor: Just when Shahid Kapoor’s career was taking a upward turn with films like R.. Rajkumar and Haider, his much-awaited film ‘Shaandaar’ turned out to be one of the biggest disappointments of 2015. It opened well, but wrapped up with lifetime collections of less than 45 crore. With the trade losing both hope and patience in a extremely talented actor like Shahid, he awaits the release of Udta Punjab. What does he need to do, to get that one film that will turn things around for him? A film like Bajirao Mastani or even a ABCD 2, for example. He doesn’t lack in the talent department, but actors who made their debuts nearly a decade after him, have raced past him in no time at all.

Rank 15 Emraan Hashmi: Emraan’s career is at an all-time low. None of his last 5 films have even managed to cross the 40 crore mark. The genre that seems to be working today is biopics and Emraan will be seen in a film based on controversial cricketer Mohammad Azharuddin.