Two top leading men sharing space has always been a mantra for success in Bollywood. Audience also get to see two major stars for the price of one ticket. In the past, there have been several successful male pairs in Bollywood:

The above mentioned pairs and also many others like these have repeatedly enthralled audiences with their sparkling chemistry on screen. But if we look at the movies in the last decade, this trend is on the verge of extinction. One reason can be the cost as affording 2 top leading men in the same movie will increase the budget manifold. Other reason is the lack of scripts justifying the roles of both male leads so as to reduce the insecurity levels. So in two hero projects, we usually see one huge star supported by a male actor having comparatively lesser market value. 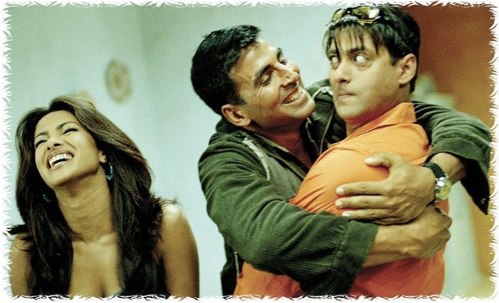 Salman Khan and Akshay Kumar – Sallu and Akki are two of the biggest mass superstars of this generation. Their Tom and Jerry chemistry worked wonders in Mujhse Shaadi Karogi. They were repeated again by Sajid Nadiadwala in the well-made Jaanemann, but the film failed at the box office. Since then, their popularity has grown tremendously but unfortunately they have not worked together and that is not likely to happen in the near future. Today, in a mass oriented movie this pair can set the cash registers ringing. 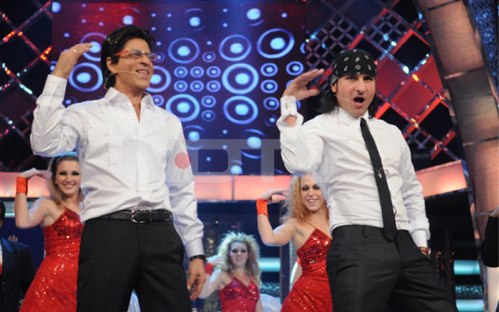 Shahrukh Khan and Saif Ali Khan –  SRK and Saif shared excellent chemistry and comic timing in Kal Ho Naa Ho. They were charming and entertained one and all as the hosts of many Filmfare Award nights. This pair has also not been repeated since. 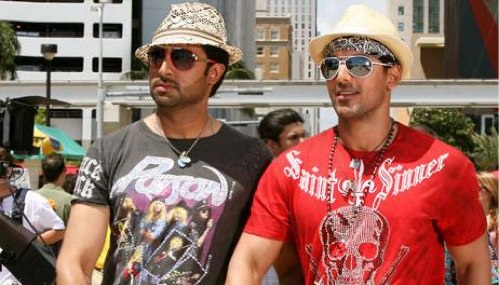 John Abraham and Abhishek Bachchan – The John-Abhishek jodi worked wonders in Dhoom as it was their first clean hit. But it was not a 2 hero project. Four years later, they set the screen ablaze again with their sparkling cozy and naughty chemistry in Dostana. There have been several rumours of a sequel ever since, but nothing official yet. 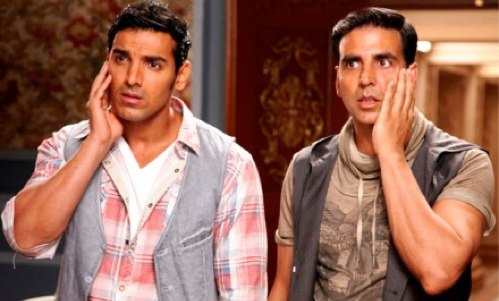 Akshay Kumar and John Abraham – They have worked together in 3 films so far; Garam Masala, Desi Boyz and the multistarrer Housefull 2. While Garam Masala was a huge success, Desi Boyz didn’t work.  Their chemistry was quite entertaining in Housefull 2, one of the biggest hits of 2012. 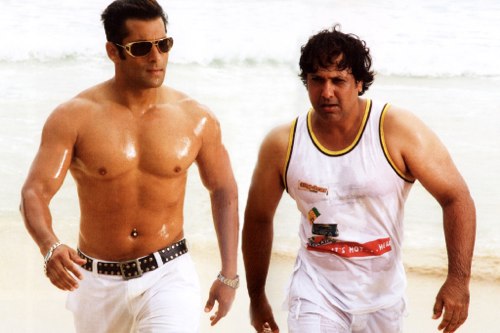 Salman Khan and Govinda – Salman-Govinda became partners in David Dhawan’s ‘Partner’ and they simply rocked as the movie became a blockbuster. But with David Dhawan out-of-form with disasters like Rascals, the sequel has been shelved.

I have made the above list only on the basis of 2 Hero projects and have not considered the multi starrers. Few other male pairs who have worked together in the last decade are Ajay-Abhishek (Zameen and Bol Bachchan), Akshay-Govinda (Bhagam Bhaag), Hrithik-Abhishek (MPKDH , Dhoom 2), Amitabh-Abhishek (Sarkar, Sarkar Raj, Paa) and Ajay-Emraan (Once Upon A Time In Mumbaai).

Who would you like see paired in a movie?

Of the 5 mentioned male pairs, who is your favorite? Vote now!