For the very first time in the history of the Indian Premiere League, two teams owned by Bollywood stars Shahrukh Khan and Preity Zinta will be battling it out for the IPL trophy at the M. Chinnaswamy Stadium in Bangalore.

While SRK’s Kolkata Knight Riders made it to the finals of the cash-rich tournament in the first Qualifier earlier this week, Preity’s Kings XI Punjab beat tournament favourite and 5-time finalists Chennai Super Kings in a high scoring game.

Since the IPL final is between two teams that have a huge following amongst movie fans, we will be posting updates and pictures from the cricket match right here on this page.

Meanwhile, tell me us who you think will emerge victorious in the ‘Veer Zaara’ clash in Bangalore.

For UPDATES and PHOTOS, keep refreshing this page:

7:45PM: Gautam Gambhir has won the toss and has elected to field first. KKR will be chasing in the IPL final.

7:58PM: Both the teams including Shahrukh and Preity stand up for the Indian National Anthem.

8:00PM: Virendra Sehwag, only the second cricketer to score a century in IPL 2014, will be opening the innings. Can he do it again? Its KKR’s bowling vs KXIP’s batting tonight.

8:04PM: Preity all smiles as Vohra scores the first boundary. Good first over for Kings XI Punjab as they score 9 in the first over. 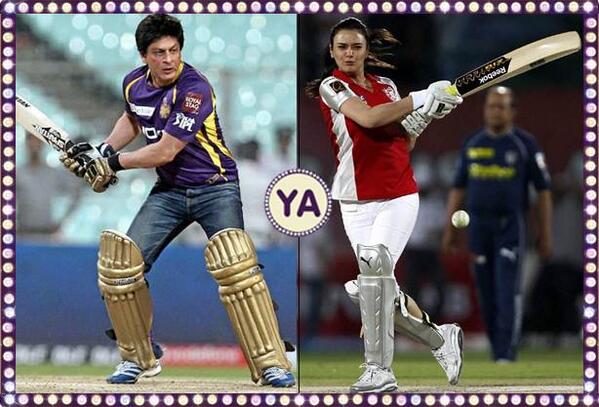 8:45PM: KKR’s bowling is winning the battle here. Punjab defensive, not scoring as freely as they have been in the tournament. The likes of Narine, Morkel, Shakib, Chawla are not letting them. Punjab 67 / 2 in 11 overs. 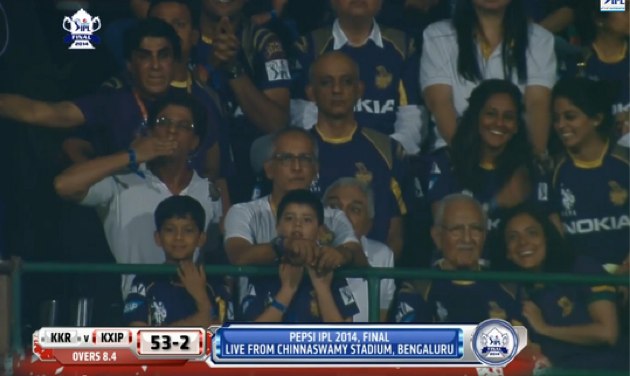 11:00PM: Shakib is run out. Still anybody’s game this. Both Preity and SRK have a nervous look on their faces. KKR have the edge as long as Manish Pandey is there. 39 from 24.