The three big Khans of Bollywood are featured on the cover of Cineblitz for March 2012. For fans, who dream of seeing SRK, Salman and Aamir share screen-space, it’s unlikely to happen, atleast in the near future.

Stranger things have happened though, and a few years down the line, we might well see them together in a movie.

For now, check out the cover! 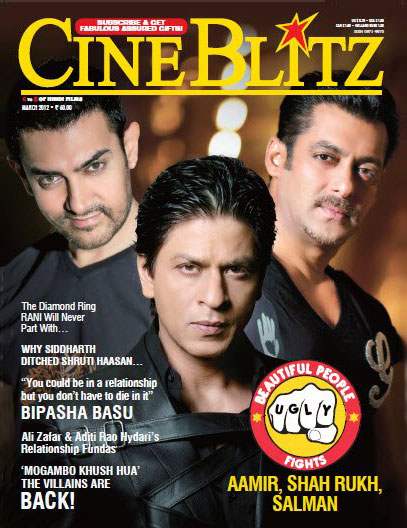 What do you think of the SRK Salman Aamir cover? Tell us in the comments section below