In an interview with Hindustan Times, Bollywood superstar Shahrukh Khan is happy that the people of India have given a strong mandate to the Narendra Modi led BJP government.

Even though he wasn’t amongst those who were invited to be a part of the grand swearing-in ceremony, Khan says a stable government can take ‘solid decisions’ that will positively change the state of the country.

Some excerpts from the interview after the image 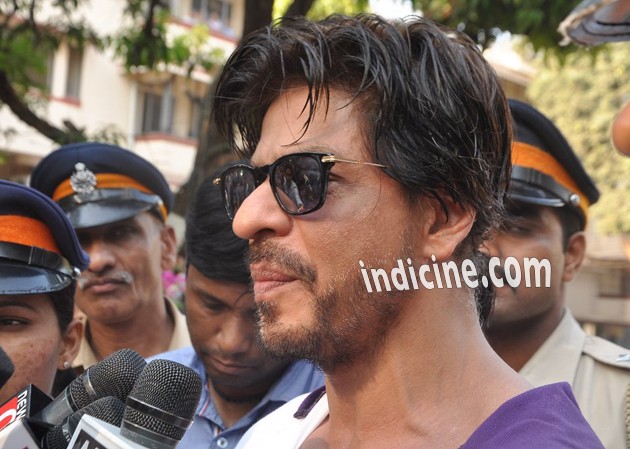 “What a mandate! Exceptional. This is clearly a sign of our times where people have decided not for a party, but for a stable government. It gives a lot of reason and power to change things”

“It’s difficult to take solo and solid decisions (in coalition government). So if you’re with the left, you can’t take a capitalist decision. If you have the strength of numbers, then nobody can question that … now decisions have to be taken, things have to change”

There is no excuse for the country to not go forward now. Decisions have to be taken and things have to change”

“I’m extremely apolitical, but I know people don’t believe it. They have issues with this. But I have my views on friendships and that’s totally separate”

“The country should change from within and from the outside. While we should have a fantastic international face and front, we also ought to have a sense of comfort within the country. And if larger issues get sorted, our film industry will follow suit.”