The 49 year old Sridevi, who made a grand return to the silver screen with English Vinglish, is featured on the cover of India Today Woman (October 2012).

The cover reads “Look who’s back” – Sridevi is an acting powerhouse and as her comeback film proves, she is also in a league of her own.

Have a look, she looks gorgeous and younger than most of the current generation leading ladies. 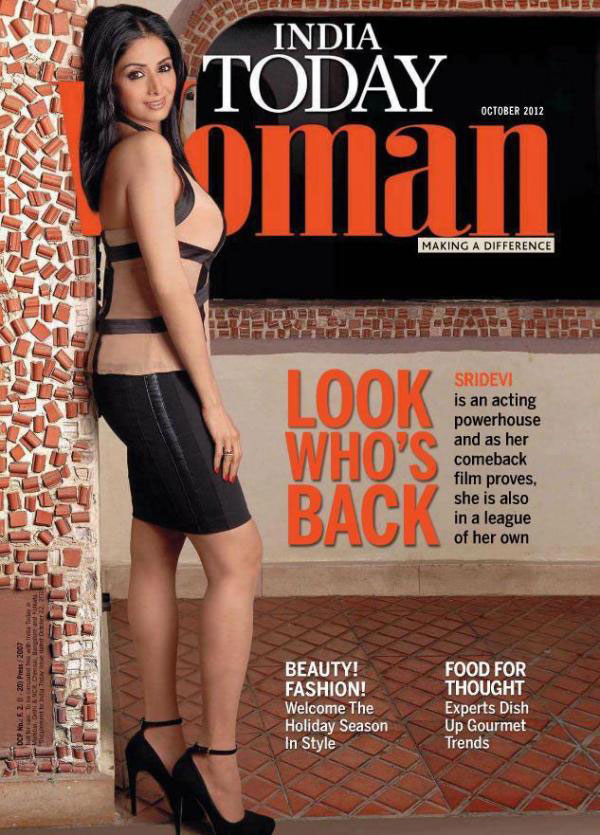 Sridevi on the cover of India Today Woman – October 2012