Celebrating the success of Son Of Sardaar, Sonakshi Sinha who has appeared in 3 highly successful films (Dabangg, Rowdy Rathore, SOS) is featured on the cover of Film Street Journal for November 2012.

The magazine called her a ‘Box office seductress’! Have a look. 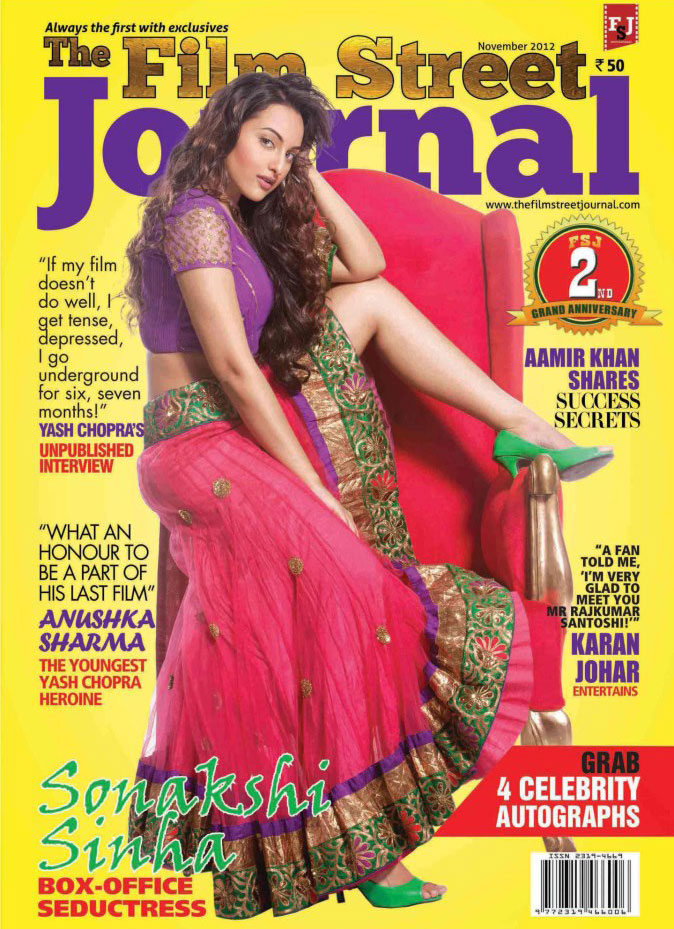