Tamil film Singam (2010), an action film which was remade by Rohit Shetty in Hindi, was a blockbuster when it first released in Tamil. The film was a turning point in Tamil actor Suriya’s career.

Now, the superstar returns in the sequel of the film titled Singam 2, once again directed by Hari.

The sequel once again promises to be a hard-hitting action film with punch dialogues and all other masala ingredients.

Anushka Shetty and Hansika Motwani have been signed to play the female leads opposite Suriya. The film releases in cinemas Mid-2013.

Singam 2 Poster below. Have a look! 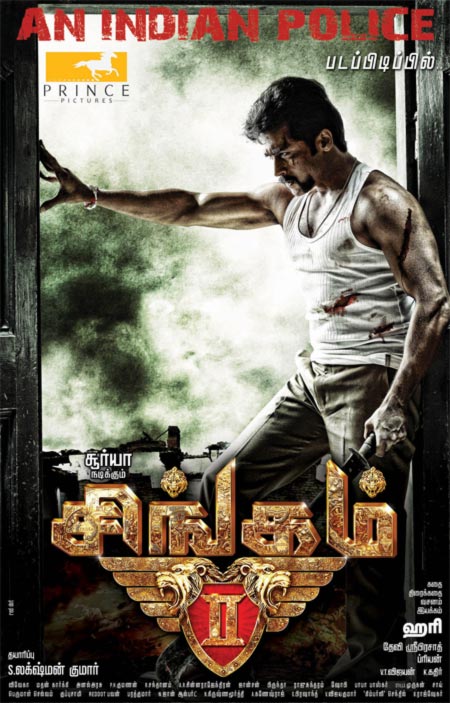