You have seen her acting in Hindi and various regional language films, as a brand ambassador for several stores and as an endorser of beauty and health products. The gorgeous Shriya Saran graces the cover of Femina for March 2012.

The actress made her Bollywood debut in the film Tujhe Meri Kasam(2003) but received critical acclaim for her role opposite Emran Hashmi in ‘Awarapan'(2007). She had the opportunity to act opposite the legendary Rajinikanth in the film Sivaji The Boss(2007). Her last Hindi release was Gali Gali Chor Hai, which tanked at the box-office.

The 29 year old actress brightens up the cover page of Femina in a beautiful plunging neck yellow dress that has a floral pattern on the neckline. Flashing a smile Shriya is an absolute stunner. 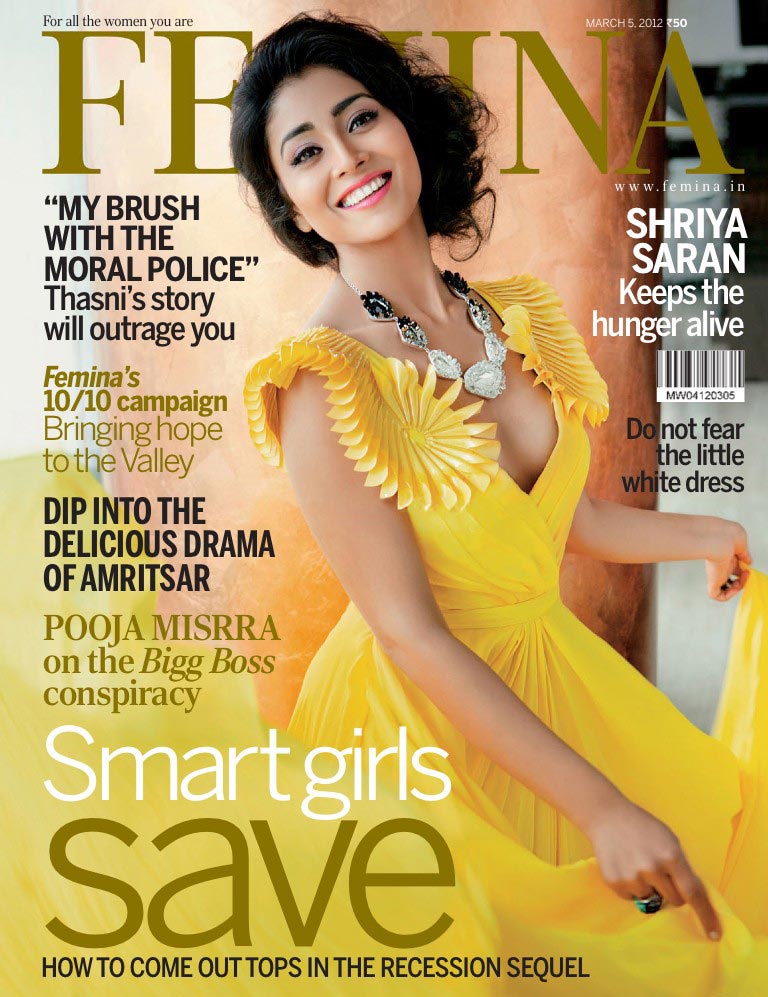 Shriya Saran on the cover of Femina India - March 2012