Actress Shraddha Kapoor has arrived in Shillong to shoot for one of her upcoming films ‘Rock On 2’ where she has been cast as one of the members of the rock band.

While there were reports that Shraddha was cast opposite Farhan Akhtar, the makers of the film denied it saying she had a major role to play, but she doesn’t play Farhan’s love interest in the film.

Shraddha was spotted boarding a flight to Shillong.

Farhan Akhtar has already started shooting for the film. 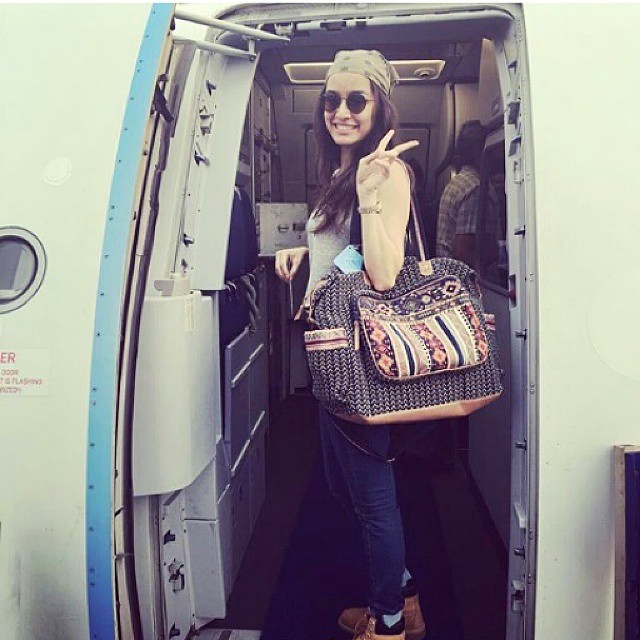