In what could be the best picture of Shahrukh Khan and Salman Khan together, and inarguably Bollywood’s photo of the year, the two superstars are seen blessing their sister Arpita Khan.

Arpita will marry the love of her life Ayush Sharma at a lavish wedding ceremony Hyderabad’s Royal Taj Falaknuma on November 18. The wedding will be followed by a farewell lunch on November 19. A lavish star-studded wedding reception will be held in Mumbai on November 21.

Recently, SRK had said he would attend Arpita’s wedding whether he is invited or not, as he considers her his sister.

The photo below was posted by Arpita Khan on Instagram. While unconfirmed, the photo is said to have been clicked at the sangeet function which was held at Salman’s Galaxy Apartments. 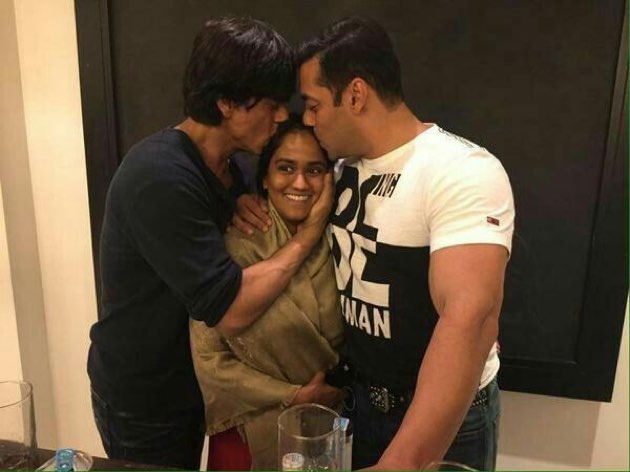 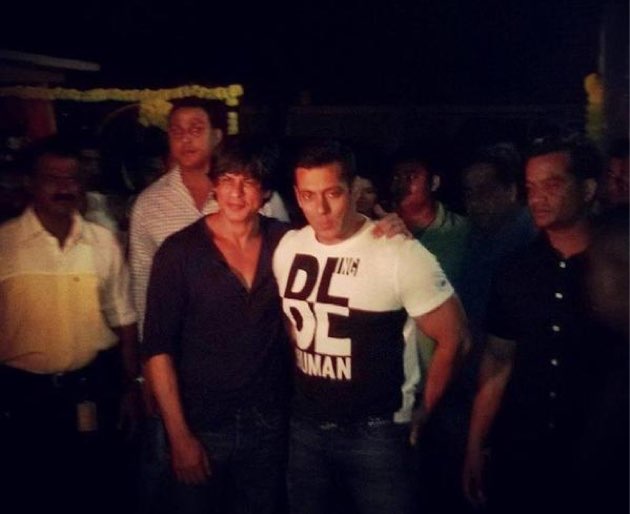 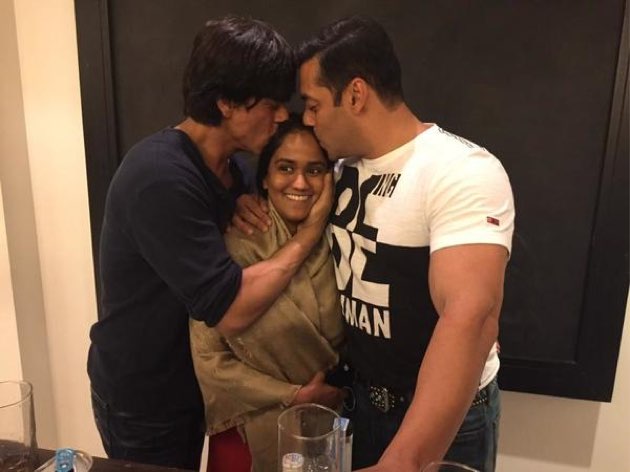 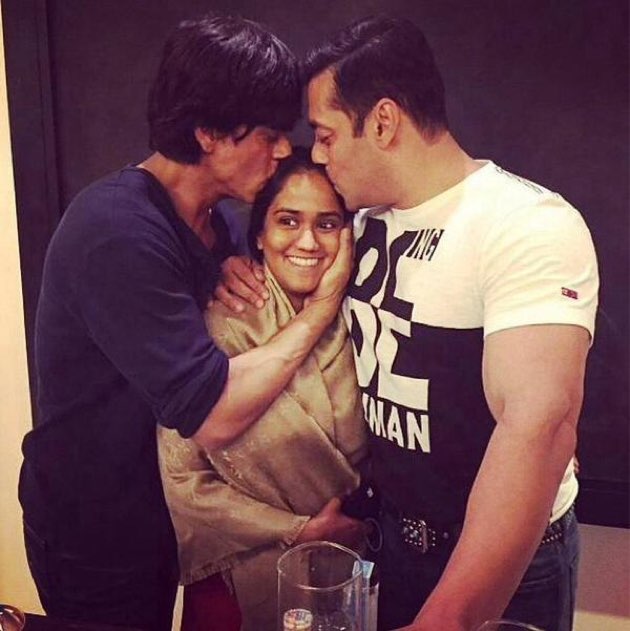 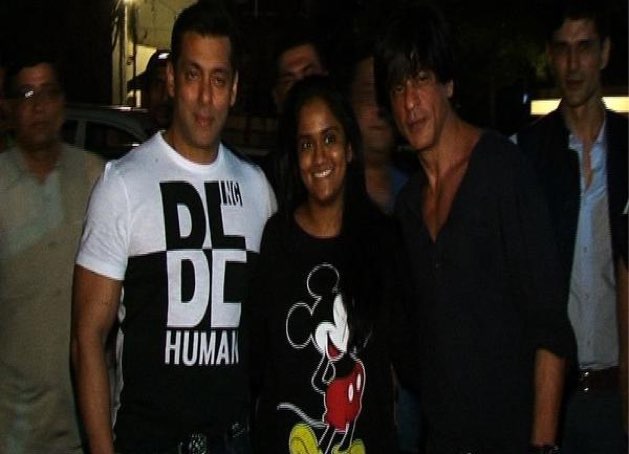 Shahrukh Khan with Salman and Arpita