Bollywood superstar Shah Rukh Khan and Salman Khan were spotted riding bicycles on the streets of Mumbai. It was Shah Rukh who shared the photo on his official Twitter page.

It was exactly 3 years ago during the holy month of Ramzan that Shah Rukh and Salman broke their 5-year-long cold war at Baba Siddiqui’s Iftar party.

While Salman awaits the release of ‘Sultan’ during Eid, Shah Rukh has Gauri Shinde’s next this year and Raees during Republic Day next year. 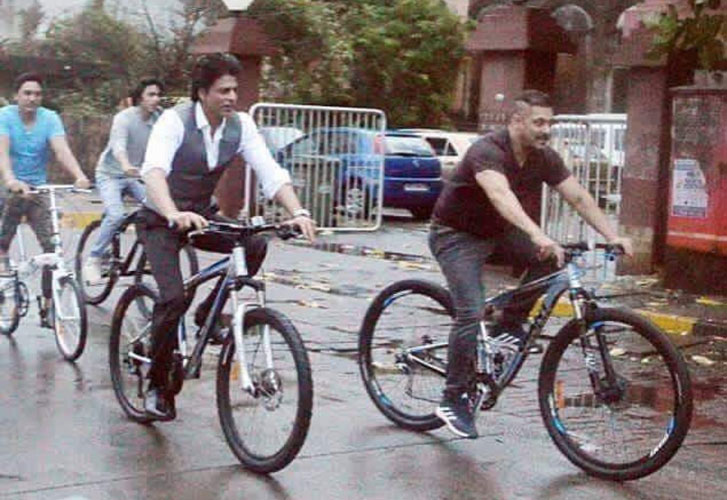 SRK, Aryan and Salman Khan cycling together on the streets of Mumbai 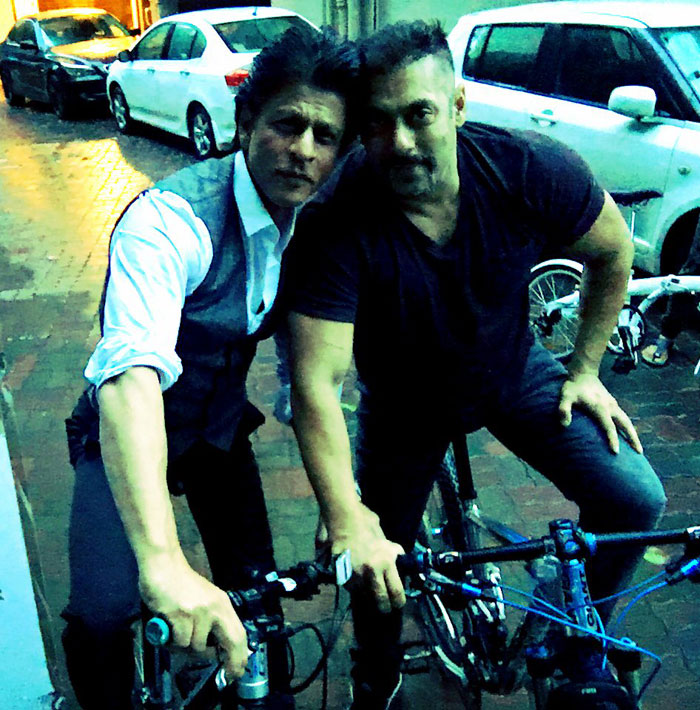