The trailer of Satyagraha – Prakash Jha’s keenly awaited film the deals with the movement of the middle-class to re-negotiate democracy. The film is a story of a son who yearns for a father. It’s also about a father who grieves the loss of his son.

We have the trailer and the first look poster of the film. Watch and tell us what you think in the comments section below. 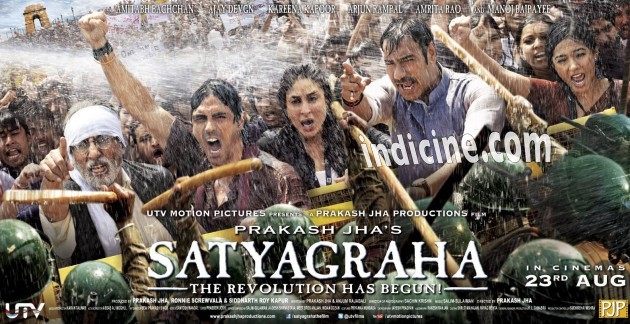