Nobody asked for the sequel of ‘Sarkar’ but arrive it did in 2008. And nobody asked for the sequel of that unwanted sequel. But here we are with the third film in the Sarkar franchise. Ram Gopal Varma is trying to revive his directorial career and this seems to be his best bet yet in years. Will he get back to form and will his film be able to sustain the historic Baahubali 2 wave? Let’s find out.

Story: Shubhash Nagre (Amitabh Bachchan) is still ruling over his people with full élan even after the loss of his two sons (KK Menon and Abhishek Bachchan). Sarkar 3 is a concotation of a political drama where Shubhash has to choose between his people and a wealthy Dubai based businessman (Jackie Shroff) who wants to expand his business. There’s also the strand of his grandson who’s grown up (Amit Sadh), and a young lady who wants revenge from Shubhash (Yami Gautam). Oh and there’s also an Arvind Kejriwal type character (Manoj Bajpai). 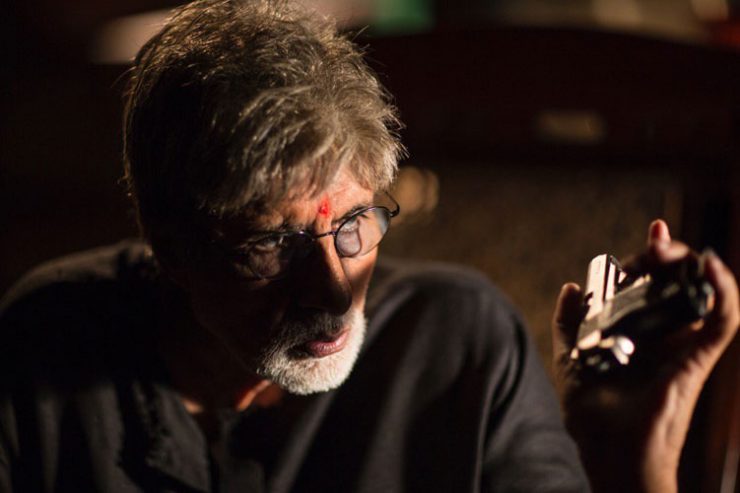 Screenplay and Direction: Any glimmer of hope you would have had that RGV has finally regained his form can be lost already. Sarkar 3 is a mess from the get go. If the scathy and unintentionally hilarious dialogues are not enough, the stupid camera frames are also back. The scenes look amteurish and the way they have been shot makes it look all the more shoddy. Why did Amitabh Bachchan decide to do this movie when he was doing the Pinks and the Pikus is beyond understanding.

Sarkar 3 is let down by pretty ordinary production design. Even the Dubai scenes look stereotypical and the cinematography is a thing of mystery. Why are simple scenes made so complicated by having them shot from so many angles? Nobody knows and it gets way too annoying after a point. The background music is blaring and is loud enough to scar your ears. Thankfully there are no songs to slow down the movie even more.

Acting: Amitabh Bachchan is in his usual great form with his baritone playing a big part once again in delivering the full gravitas of the character. He’s Sarkar after all. Amit Sadh is given a lot of meat in his role and he seems like an unusual choice for such a role. He’s alright. Yami Gautam doesn’t get a lot to do after her character is setup. Manoj Bajpai must be tired of playing the same sort of character by now. Jackie Shroff gets the worst dialogues and still manages to salvage them a bit.

Conclusion: Sarkar 3 is a film that had no business of being made in the first place and unfortunately the jaded story and the tired characters come across from the start of the film. The pace of the film doesn’t elevate from its initial stages even though a thriller should have had much faster pacing. If you’re in the mood to spend your money on entertainment, then Baahubali 2 is still the best option this weekend.