Amrita Singh, ex wife of Saif Ali Khan and their daughter Sara Ali Khan graced the cover page of Hello! India – January 2012. Sara chose to make a debut along with her mother, who was a successful actress of her time.

Making her debut in Bollywood in the year 1983, the actress gave up acting after marriage. She returned in 2002 with Shootout At Lokhandwala, Shaheed and Kalyug – all films received tremendous critical acclaim and her performance was appreciated too.

Talking about her daughter, Amrita says she is a good science student and aspires to become a doctor.

The off white lehengas embedded with heavy bead work, the grand jewellery, the couch and the backdrop on the whole make the cover shot appear royal. Holding her mothers hand who is gracefully seated, Sara Ali Khan and Amrita look absolutely stunning. 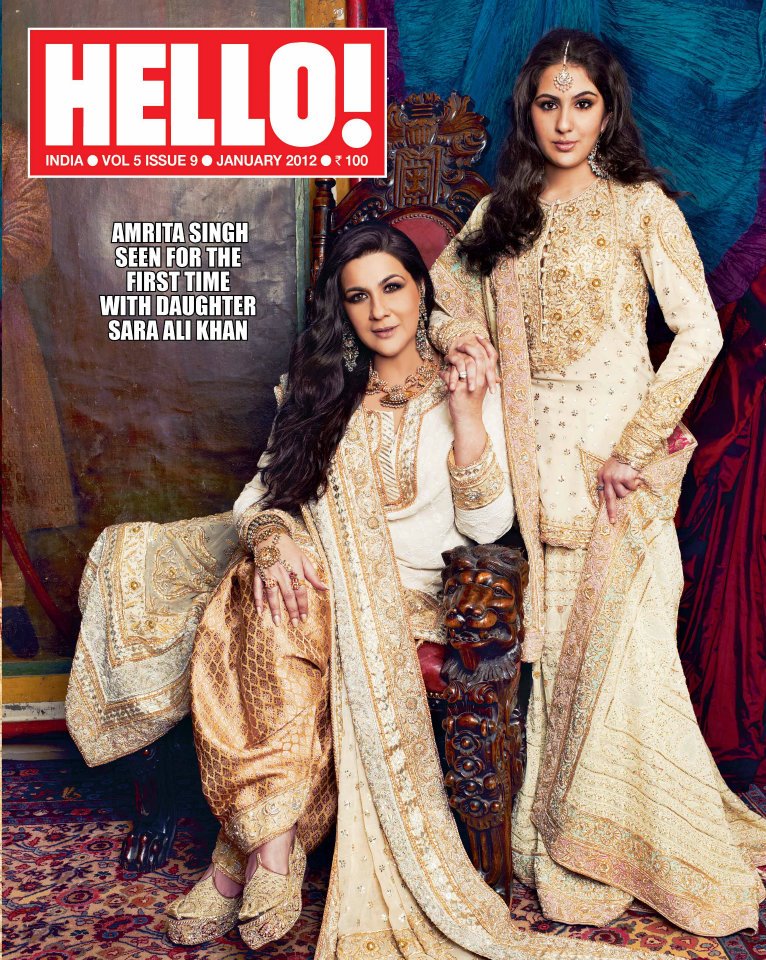