Q. What are your expectations from ‘Yeh Jawani Hai Deewani’ and ‘Besharam’ at the box office? Is Ranbir Kapoor capable of delivering a 100 crore film? – Arun

A. Both films are carrying very good expectations and are sure-shot winners. In fact for those questioning Ranbir’s decisions around doing slightly off beat films (Barfi!, Rockstar), these films are an answer as they promise to find all-India audience and that too at multiplexes as well as single screens. The very title of these films say it all. This is for the first time that Ranbir is going all out for hardcore commercial cinema and hence 100 crore mark is comfortably within his reach.

Q. Is it true that the 100 crore box-office collection is credited only to the two main leads in a multi-starrer film? For example, ‘Housefull 2’ is considered a 100 cr club entry for Akshay and Asin only. Similarly ‘Bol Bachchan’ for Ajay and Asin, not Abhishekh and so on. – Jan Mohammad

A. That’s a very valid question, and actually indicates a fact. Yes, what you say is true, and that’s the way it is going to remain. Reason being that Bollywood in general is a star driven industry and hence a phenomenon like this is inevitable. This is the reason why a ‘3 Idiots’ is considered as a 200 crore film for Aamir Khan and not as much for Madhavan or Sharman Joshi. In fact ‘Bol Bachchan’ in particular could well have been an Abhishek Bachchan’s 100 crore starrer, more so since he played the title role. However it is Ajay Devgn who pulled the initial audience, even though Abhishek excelled. Till Abhishek or John Abraham start delivering big solo successes, a ‘Bol Bachchan’ or a ‘Housefull 2’ would stay on to be a biggie for the seniors in the cast. 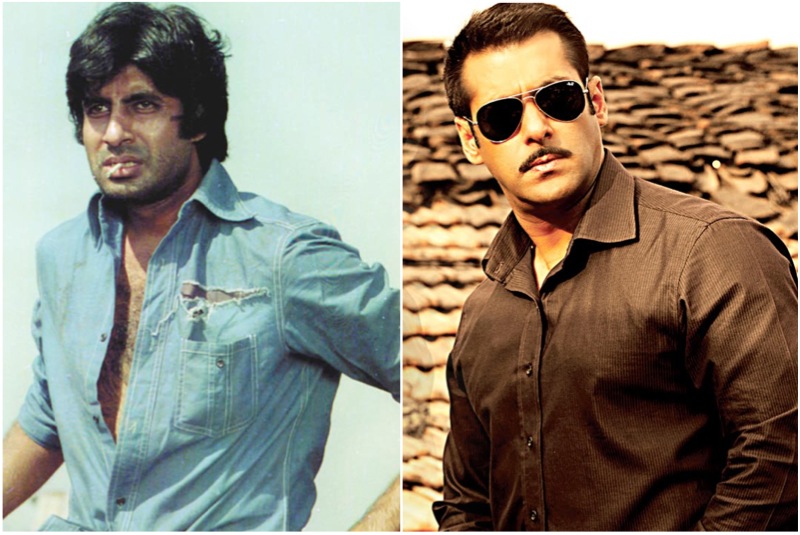 Q. How would you compare Salman Khan’s current craze with that of Amitabh Bachchan in the 70s/80s? – Seema

A. Salman is definitely reaching there and it is a win in itself that he has at least reached a stage where a comparison like this is made. However, the kind of craze that Amitabh Bachchan enjoyed stays on to be unparalleled. That was the time when a superstar was available only on the big screen and hence his appearance was an event in itself. Today, Salman is available round the clock, be it on the big screen or elsewhere. This means the ‘craze’ factor is very high in absolute terms but not as phenomenal in relative terms. Till he starts releasing 3-4 films a year on a regular basis and entices audience to step into theatres each time around for next 3-4 years, as was the case with Amitabh Bachchan back then, he would stay on to be the second best.

Q. There was a rumour that surfaced about a possible sequel of ‘Swades’ or a ‘Dhyaanchand’ biopic for SRK? Any developments? – Preet Mohan Singh

As you are saying, these are plain rumours. Proposals or suggestions like these are made in the industry every week and sometimes ‘news’ like this is ‘leaked’ as well to gauge trade, industry and audience interest (in that order) in general. However there is a very little percentage of such projects that actually converge into a film. As of now, none of the two films that you mention are happening and there are no developments whatsoever.

Q. I don’t understand why Sridevi has not won any major awards this year. ‘English Vinglish’ is the best comeback for an actress and Sridevi is respected in a big way by the industry people. Needless to say, her performance in ‘English Vinglish’ was mesmerizing. – Neerav

A. Yes, it is highly disappointing that Sridevi didn’t win a major award. Leaving aside the comeback factor, she was pretty much in the contention even if she would have been acting on a more regular basis. In fact she and Vidya Balan (Kahaani) were the most deserving of the lot and awards should ideally have been divided between the two. However with good deal of commercialisation involved in the awards function and the fact that other actresses in the running would stay on to be popular for years to come as well, organisers are left with no choice but to do a check and balance to think about future events as well where the same set would have to be occupying the stage again. An unavoidable situation where everyone is in a Catch-22 situation.

You can ask Joginder a question – just fill the form below.