Salman Khan, who burst onto the scene with his award-performance in “Maine Pyar Kiya in 1989”, is one of Bollywood’s most bankable actors.

His latest film, “Bodyguard”, has become the second highest-grossing Bollywood film of all time. In 2004, People magazine named Khan the seventh best-looking man in the world. 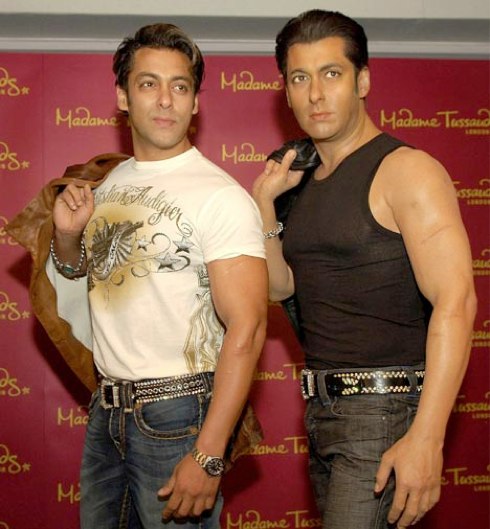 “Salman Khan is one of Bollywood’s most enduring and recognizable stars,” said Bret Pidgeon, general manager of Madame Tussauds New York. “Bollywood exploded on the American pop culture scene several years ago and has become one of our most exciting entertainment categories.”

Madame Tussauds New York’s Bollywood Zone is a brightly-coloured, fully-interactive area that includes a replica of the Taj Mahal, videos of authentic Indian dancers and a photo area where visitors can pose with Bollywood stars, all designed to re-create the experience of being on a Bollywood film.

Over the coming years, Madame Tussauds plans to expand the area to include figures of other prominent Bollywood stars.

Khan’s figure, on loan for three months from Madame Tussauds London, was launched in January 2008, after Khan beat nine other Indian mega-stars – including Madhuri Dixit, Hrithik Roshan, Lata Mangeshkar and Abhishek Bachchan – in an August 2007 public poll to choose the “Next Bollywood Star” that would get a wax likeness.

Khan personally chose and donated the black top and denim jeans for his wax figure.