Salman Khan is undoubtedly one of the most charming actors in Bollywood and when he decides to make a style statement in a film, his look is copied by millions of his fans across the country.

His ‘Tera Naam’ look is still a rage in smaller towns!

A recent pic from the sets of ‘Bajrangi Bhaijaan’ reveals Salman Khan’s look in the Kashmir part of the movie. The actor is looking uber cool in his bearded look wearing a typical Kashmiri Kurta. The part being shot in Kashmir is the last part of the shooting schedule for the film.

The actor has been suffering from ear infection, but continued to shooting for the film. He was also seen interacting with locals.

With the movie due to release this Eid, which is on the 17th of July, we can’t wait to watch the teaser of the film. 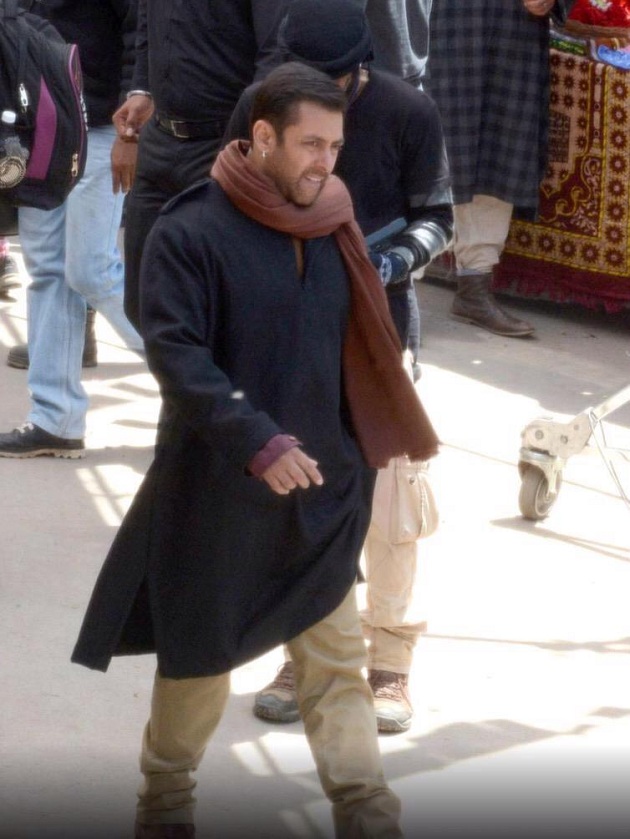 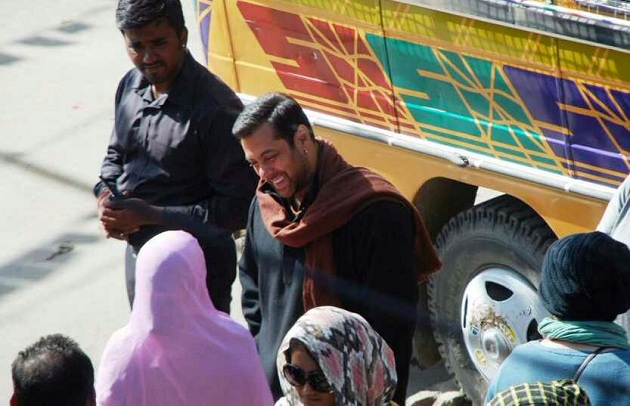 Salman Khan talking with his fan 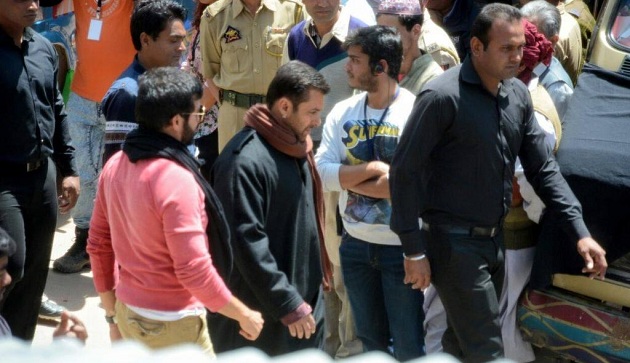 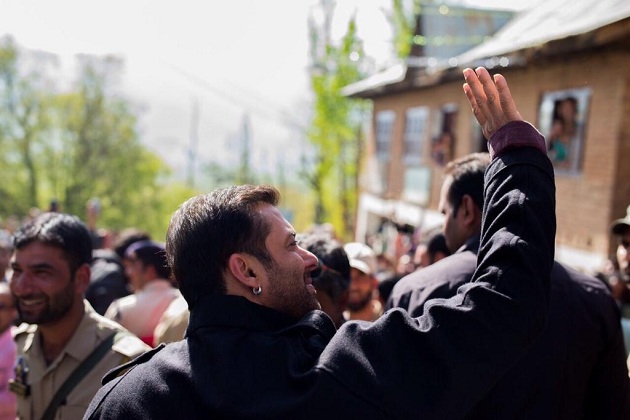 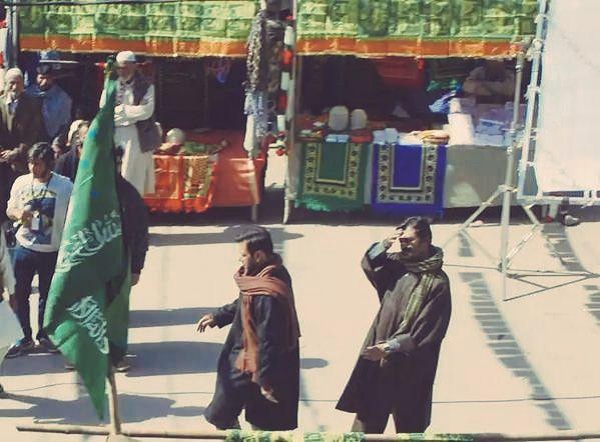 Salman Khan Nawazuddin Siddiqui on the sets of Bajrangi Bhaijaan