For all you Salman Khan fans out here, the actor has been featured on Filmfare’s June 2012 edition. Sporting a ‘Being Human’ T-shirt, the actor talks about his 7 year old illness Trigeminal neuralgia, which is also called ‘Suicide disease’ as it’s one of the most painful nerve disorder.

Check out Salman Khan on the Filmfare cover! 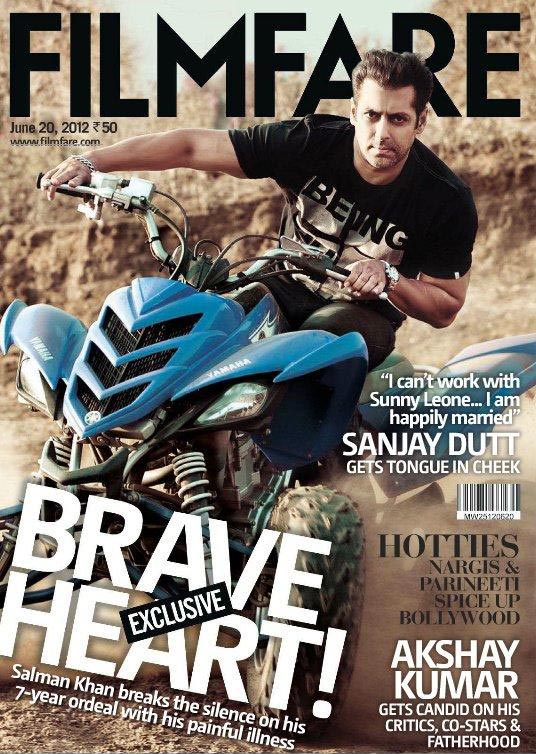 Salman Khan on the cover of Filmfare June 2012 Issue