The stylish Saif Ali Khan has been featured on the cover of GQ India. 2012 has been a great year for Saif. His first film Agent Vinod didn’t do well at the box office. But he followed it up with Cocktail, a box office hit which took a bumper opening at multiplexes. 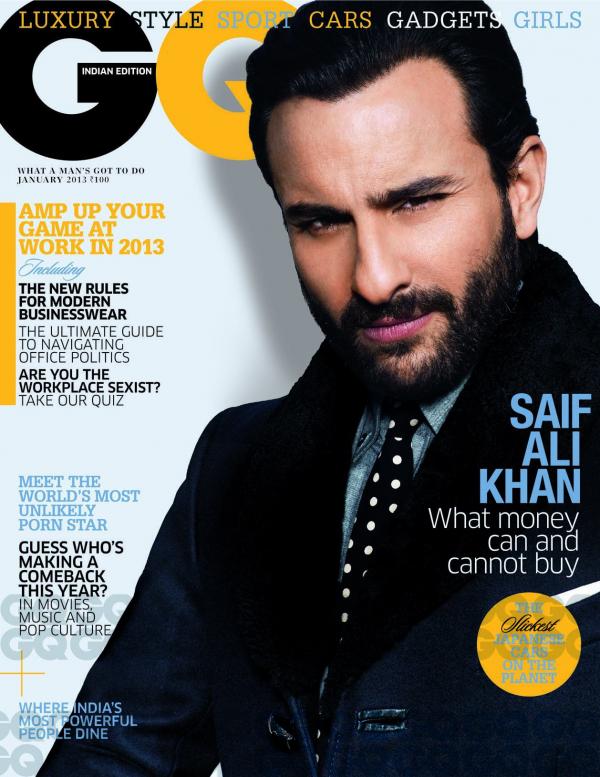