Here is yet another poster of Rustom – the final one before the release of the theatrical trailer. It has also been revealed on the poster that the trailer will be first out on the internet at 9 in the morning. It’ll also be aired across all Zee Entertainment channels at 8:57PM (night, Indian time).

Patriot? Traitor? or Murderer? Check out the new poster of Rustom. 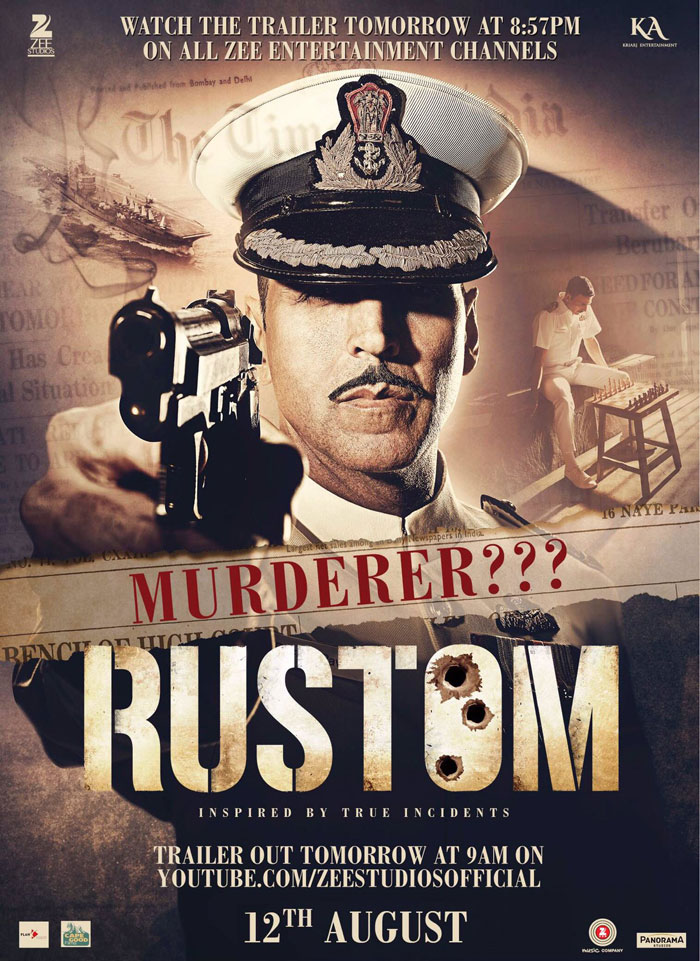