Rohit Shetty and his team have wrapped up the first schedule of their upcoming film ‘Dilwale’. The film has a huge star-cast with actors like Kajol, Varun Dhawan, Kriti Sanon and the superstar himself, Shahrukh Khan.

The film went on floors in Goa on the 20th of last month. Varun was the first to start shooting, ‘Heropanti’ star Kriti joined the crew on March 23rd.

She tweeted “When the start is so good, you know its gonna be a wonderful journey! Such a positive & fun 1st schedule of Dilwale”

SRK replied to her on Twitter saying “Am glad all of you are having fun. Can’t wait to join you all. Thank you for such a good schedule.”

Kriti responded to SRK’s reply “thank you sir for visiting us on the set.. it was so great finally meeting u :) looking forward to shooting with you.. super sooonnn!” 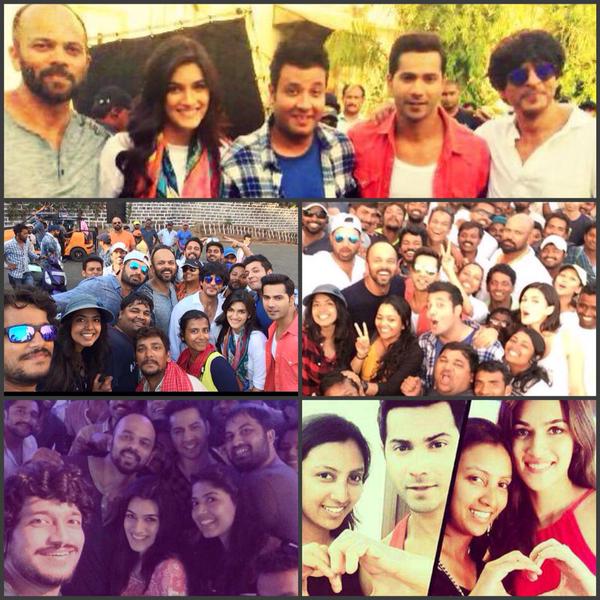 Varun posted about the first schedule ending too “First schedule wrap in Goa. Thank you Rohit sir and the entire team for making it so awesome”

The film is scheduled to get a mega release during Christmas this year.