Ranveer Singh and Dabaang girl Sonakshi Sinha are shooting for their upcoming film Lootera in a small village of the Purulia district of West Bengal. This is going to be Ranveer’s third release after Band Baaja Baraat and Ladies vs Ricky Bahl.

It’s a love story set in the 1950s. Apparently Sonakshi plays a zamindar’s daughter and Ranveer is a man with a goal to hunt treasure.

The film is produced by the ‘director’s production house’ owned by Vikas Bahl, Anurag Kashyap and Vikramaditya Motwane. Lootera is releasing on October 26, 2012.

Have a look at the pictures below. Sonakshi and Ranveer busy at work. The actress is draped in a simple cotton saree and the actor is spotted in formals. 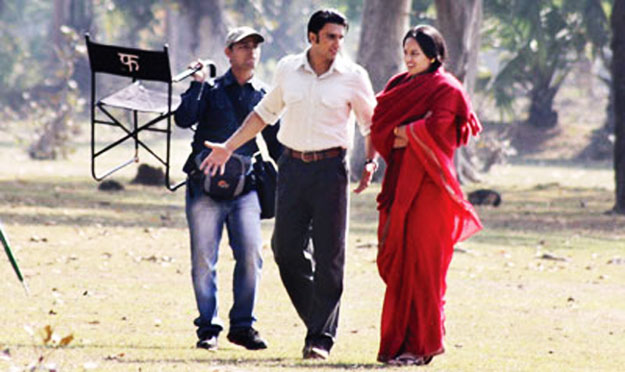