Bhansali’s dream pair for the film was Salman Khan and Aishwarya Rai, but after the couple broke up, the project was delayed for several years. Rumours of Shahrukh Khan, Hrithik Roshan, Ranbir Kapoor and several other actors were doing the rounds, but Bhansali decided to repeat his Ram Leela stars Ranveer Singh and Deepika Padukone.

Check out a photo of Ranveer’s hair-stylist trimming his hair off! 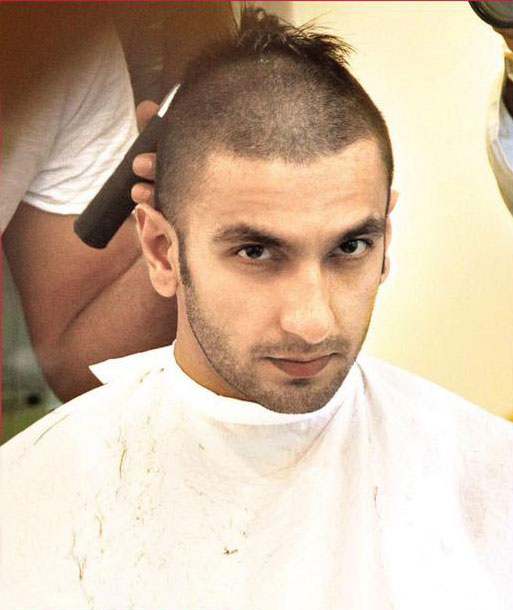 Ranveer Singh shaves off his head for Bajirao Mastani