The first look poster of ‘Raabta’ featuring Sushant Singh Rajput and Kriti Sanon is out. The two actors, who are reportedly dating, look good together on the poster.

The tagline of the film reads ‘Everything is connected’ (with the infinity symbol behind it) hinting at the reincarnation angle of the film.

Directed by Dinesh Vijan, Raabta will release in theatres on June 9 2017. The theatrical trailer of the film will be out on Monday.

Check out the first look poster: 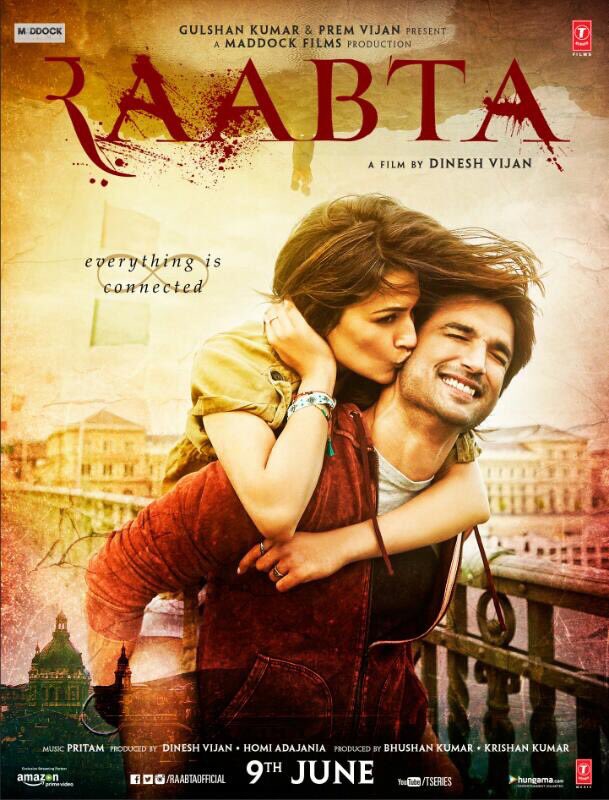