Wearing a black t-shirt that read “You just can’t beat the person who won’t give up” , Priyanka Chopra was on dance reality show Jhalak Dukhhla Jaa to promote her upcoming film ‘Mary Kom’.

Priyanka spoke about the film, danced to song with Madhuri Dixit and entertained the audience.

Based on the life of boxing champion Mary Kom, the Omung Kumar directed film releases in theatres on September 5. 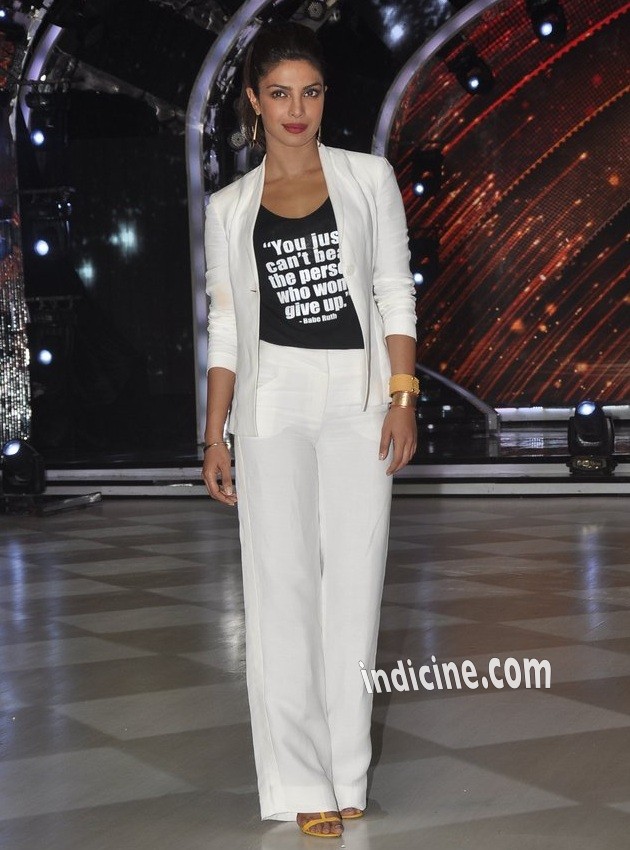 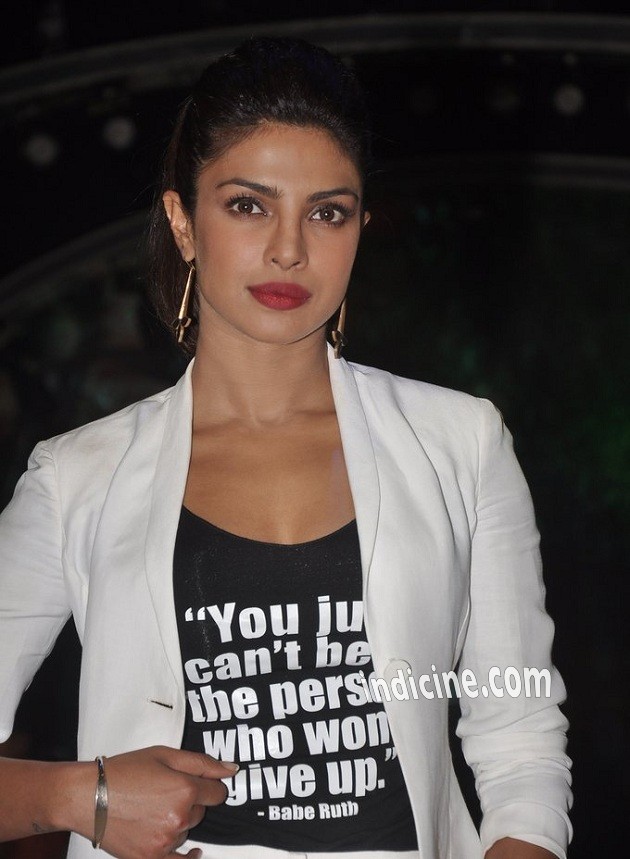 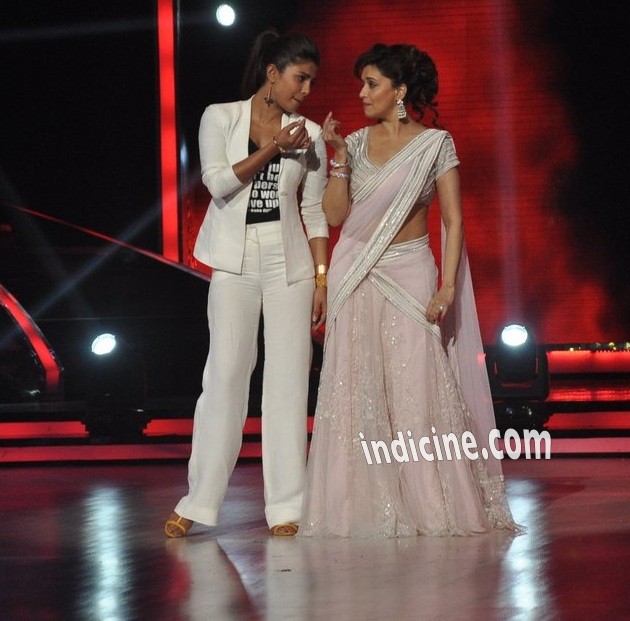 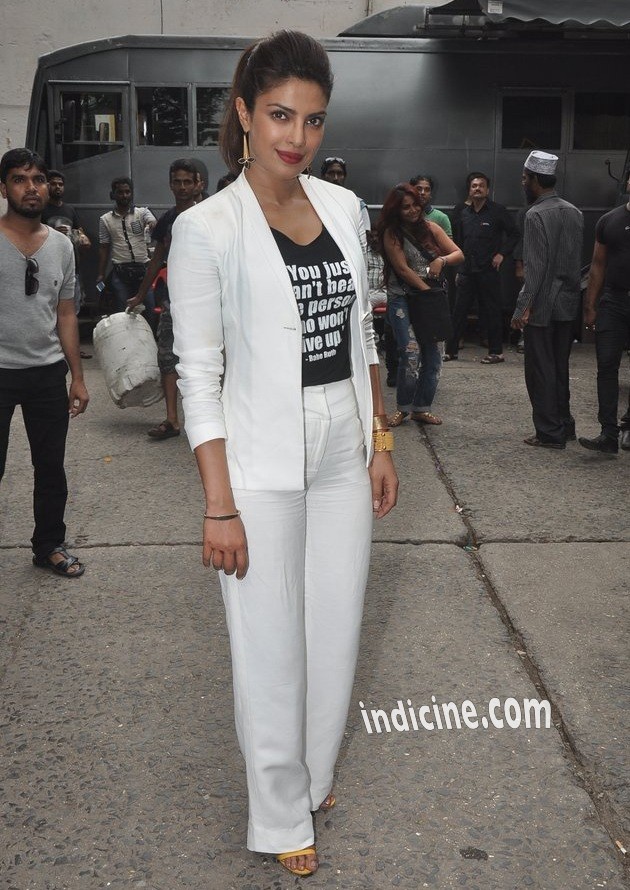 Priyanka Chopra on the sets of Jhalak Dikhhla Jaa 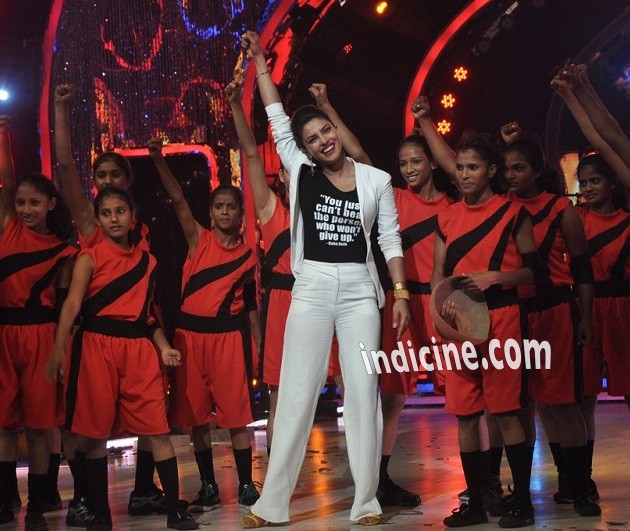 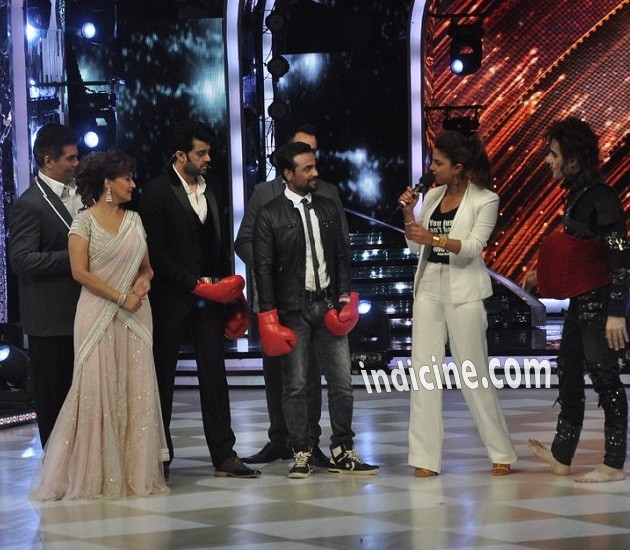