Actress Priyanka Chopra looked beautiful in a traditional Indian outfit at an UNICEF event in Mehboob Studios in Mumbai on Monday.

The event, which aims at empowering young and adolescent girls in India, was fun. Priyanka joined a group of girls, danced with them, spoke about the disparity that exists in remuneration between the top male and female stars in the industry and also spoke about how gender discrimination existed in her own family and how her parents supported her.

Priyanka will also be attended an ‘announcement’ event, where it will announced that a road in Andheri will be named after her late father Dr Ashok Chopra, exactly a year after his passing away. 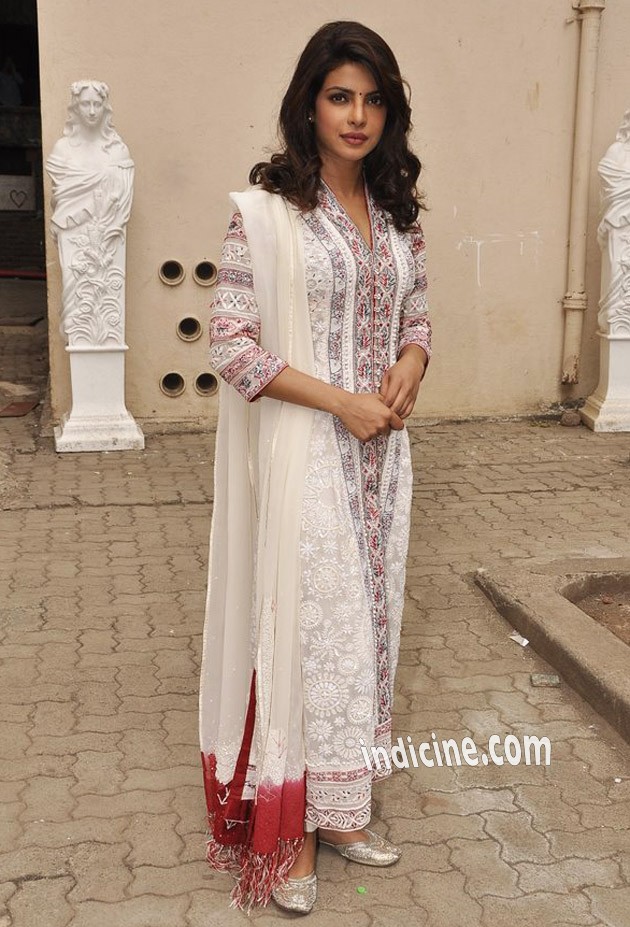 Priyanka Chopra in a Churidar suit with Silver Mojris 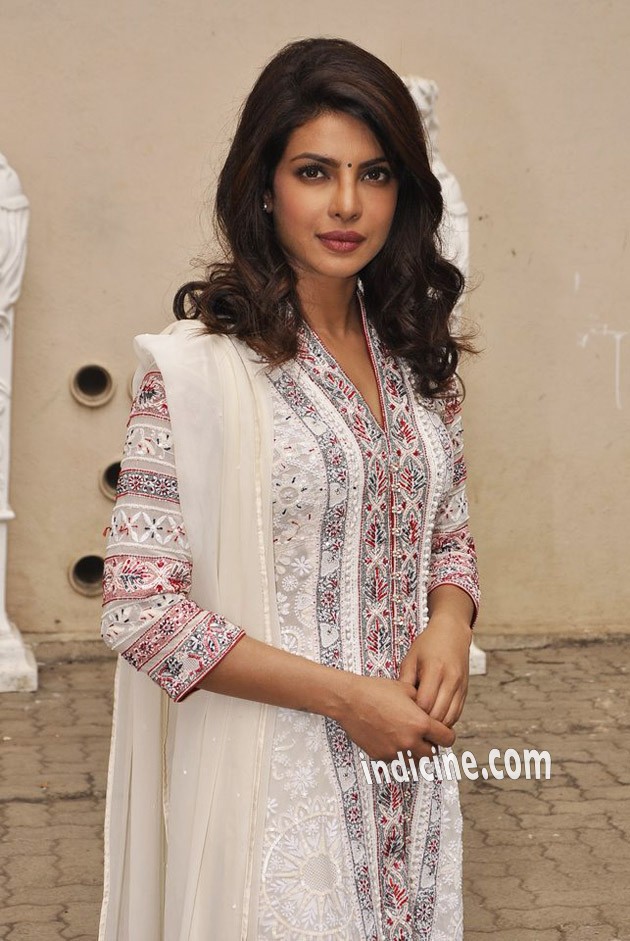 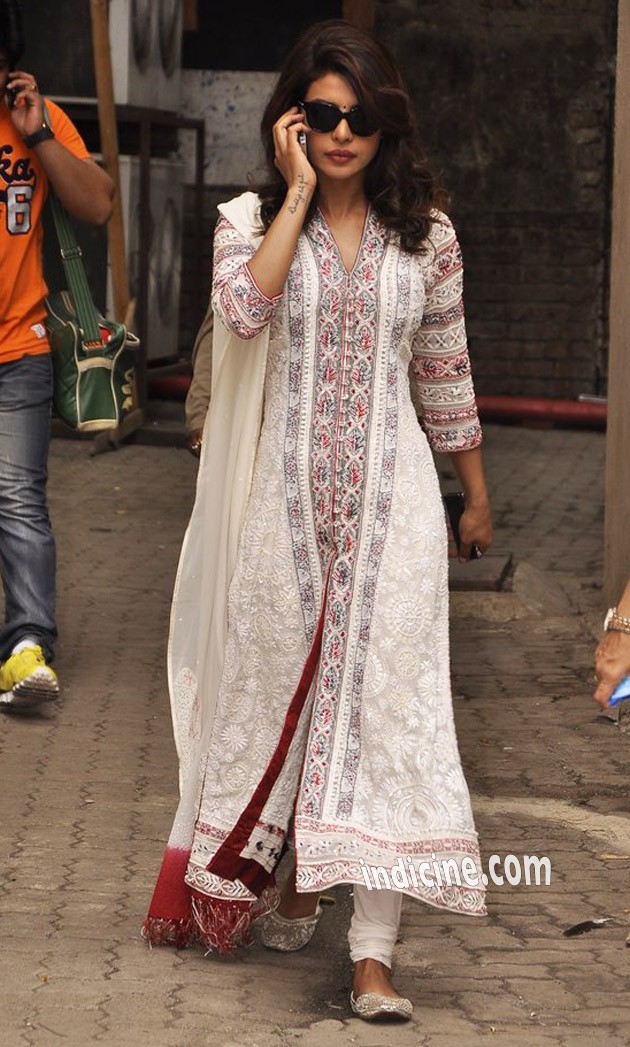 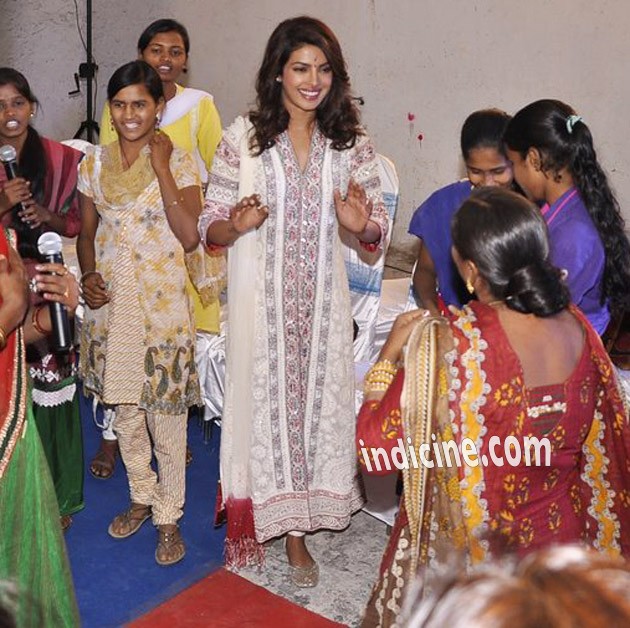 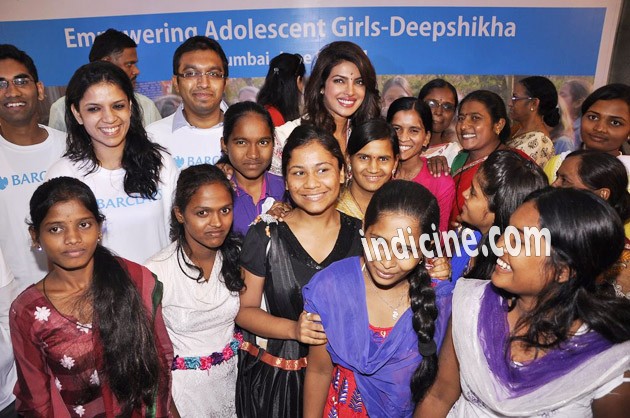