Priyanka Chopra was spotted with her cousin Mannara at the music launch of Zid, directed by Vivek Agnihotri (Hate Story) and produced by Anubhav Sinha (director of Ra.One).

Priyanka’s three cousins are in the movie industry – Parineeti has established herself, Meera Chopra has done a few films in different language but her Hindi career hasn’t taken off. Mannara makes her debut in Zid, which releases this weekend along with Ungli. 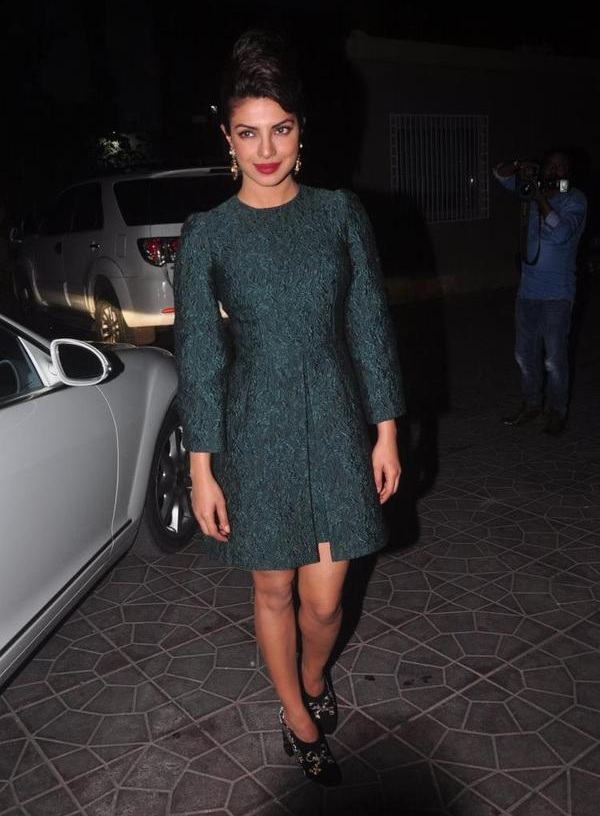 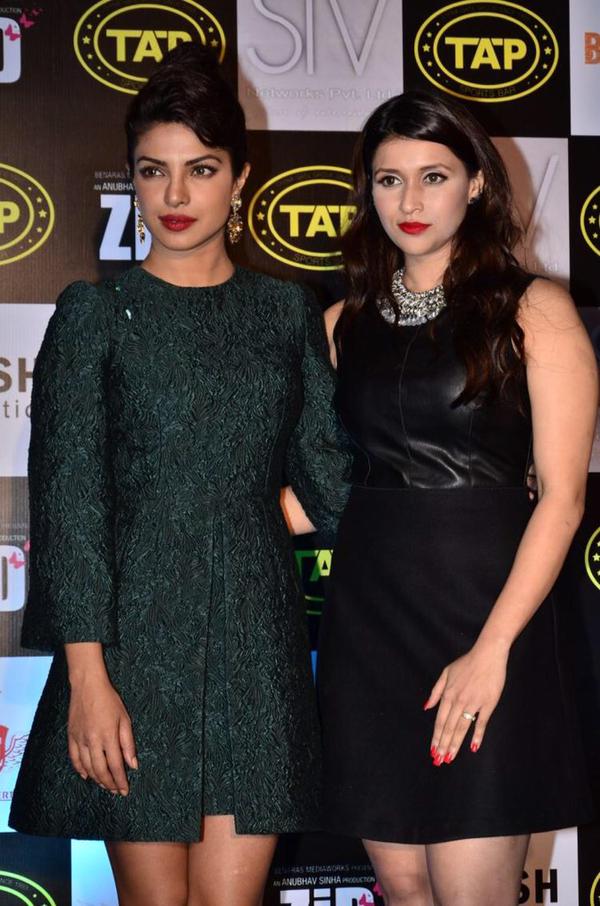 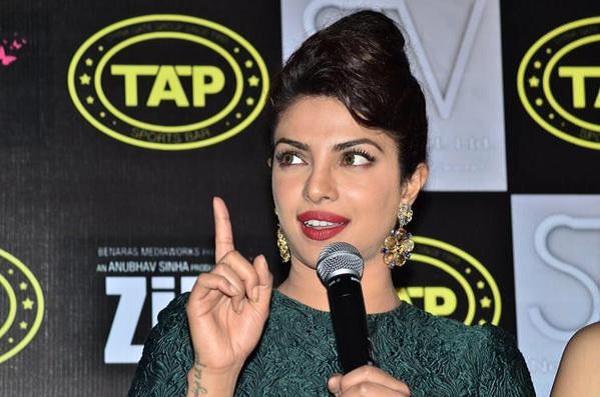 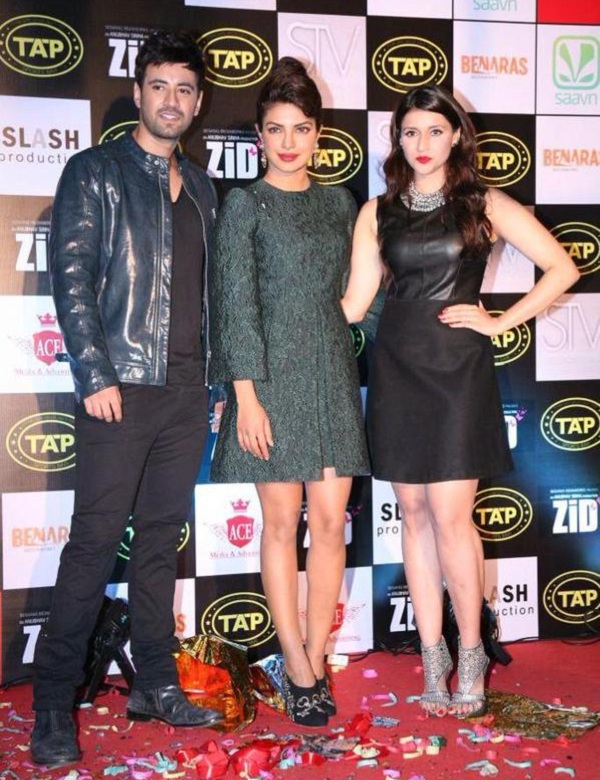 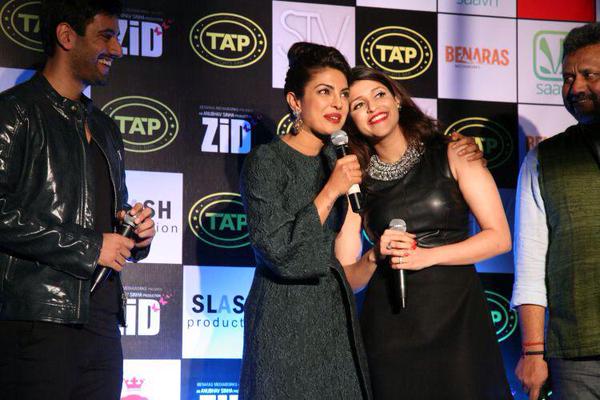 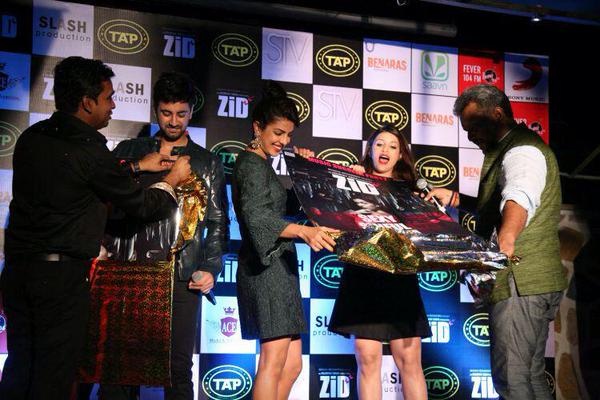