The much-awaited theatrical trailer of Piku starring Amitabh Bachchan, Deepika Padukone and Irrfan Khan will be released with Yash Raj Films’ ‘Detective Byomkesh Bakshy’ – which releases in theatres on April 3.

It was recently announced that YRF had acquired the worldwide distribution rights of Shoojit Sircar’s Piku, which explains why the trailer is attached to the prints of ‘Detective Byomkesh Bakshy’. 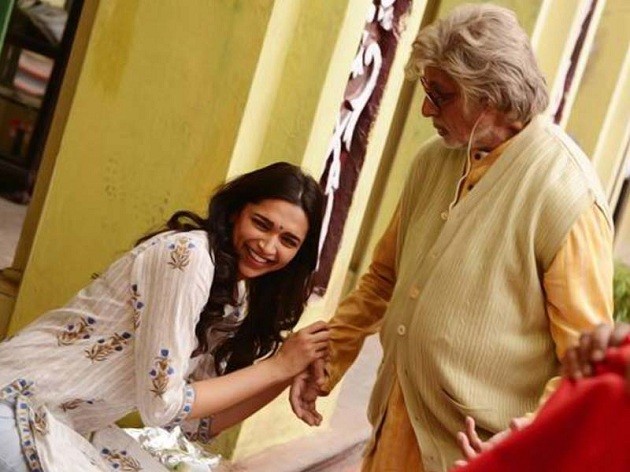 Amitabh Bachchan, Deepika Padukone on the sets of Piku

Piku is a comedy drama that revolves around a father-daughter relationship. Deepika plays Amitabh’s daughter in the film, which has been produced by MSM Motion Pictures.

The shooting schedule of ‘Piku’ was wrapped up in January. The film releases in theatres on May 8 2015.