Superstar Hrithik Roshan after the super success of Jodha Akbar in India as well as overseas is on a all time high. He recently appeared on 9X Channel’s Yeh Hai Jalwa hosted by television stars like Smriti Irani (Tulsi of Kyunki Saas Bhi Kabhi Bahu Thi) and Sakshi Tanwar (Parvathi of Ghar Ghar Ki Kahani).

Rakhi Sawanth too was on the show and appeared with Hrithik along with a host of television stars.

Hrithik was on Yeh Hai Jalwa promoting his home production Krazzy 4 in which he has a very special item number.

Check out the pics of Hrithik Roshan from Yeh Hai Jalwa. 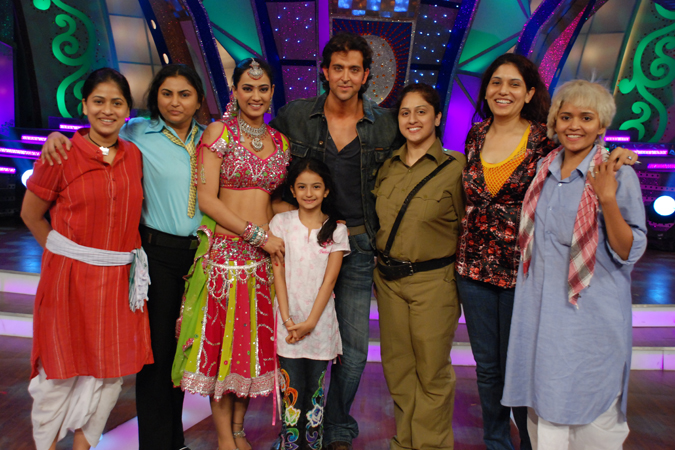 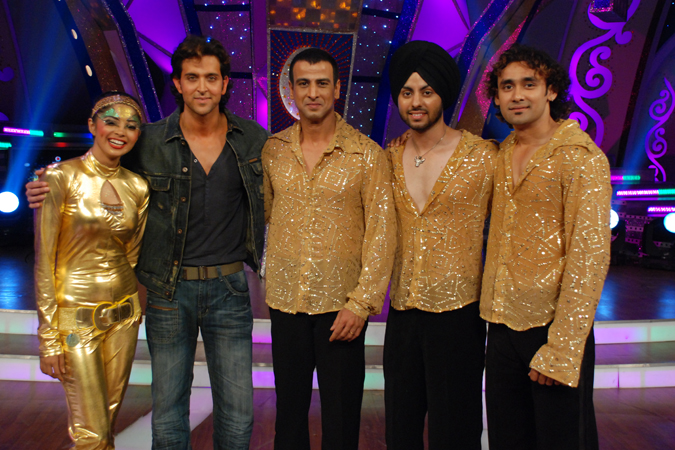 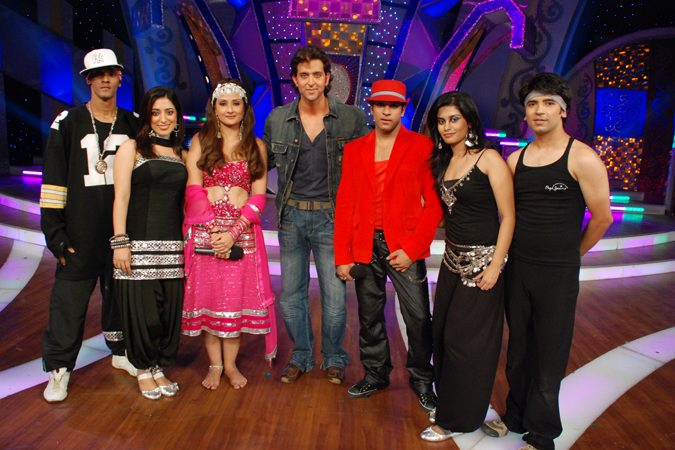 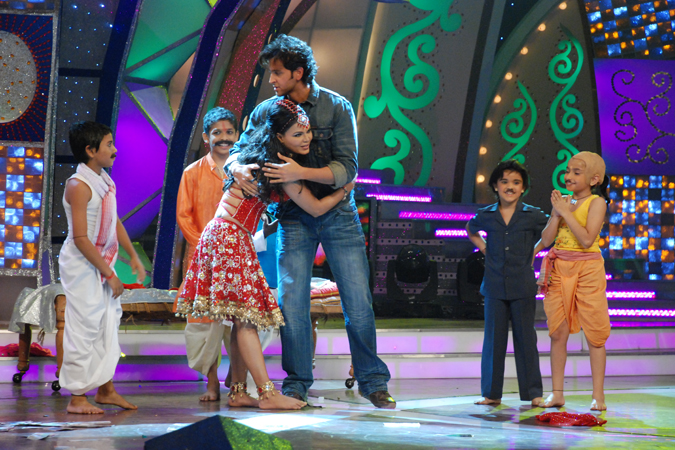 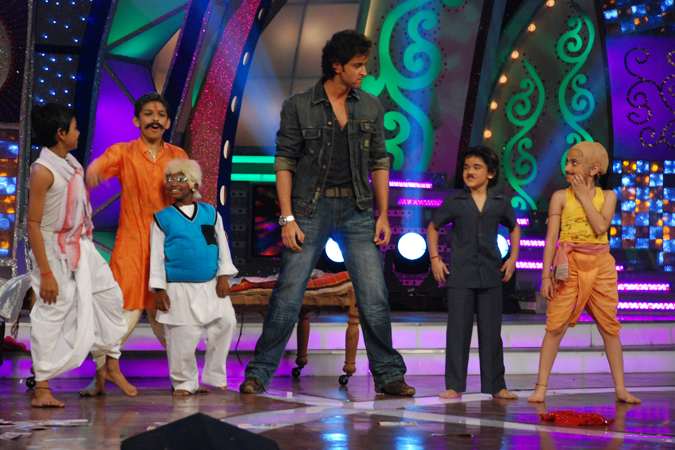 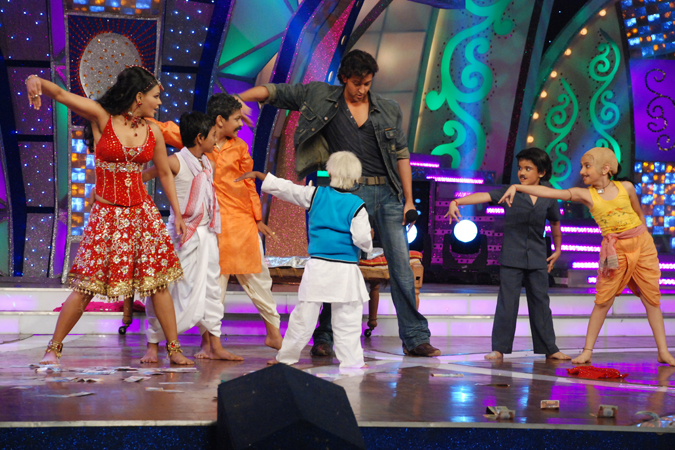 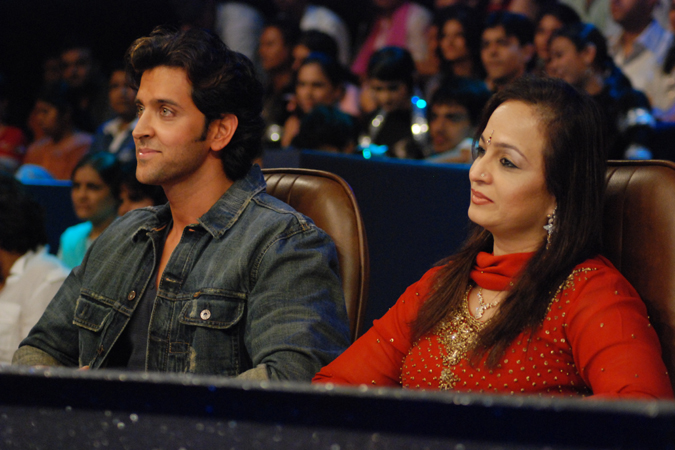 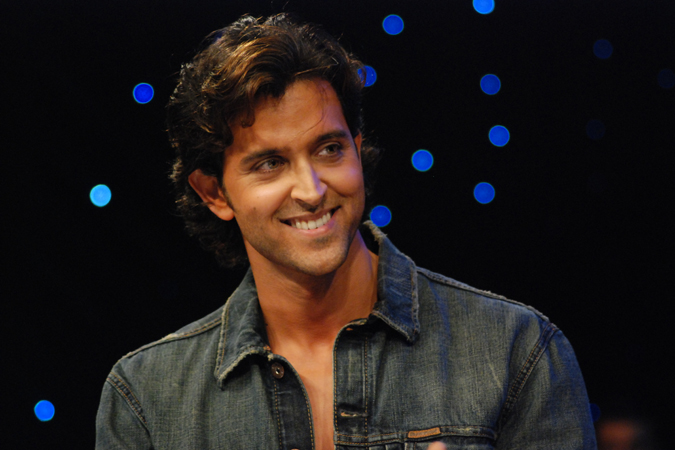 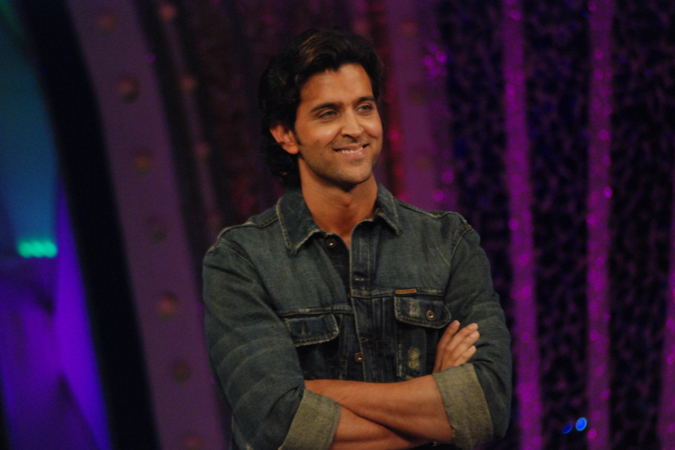 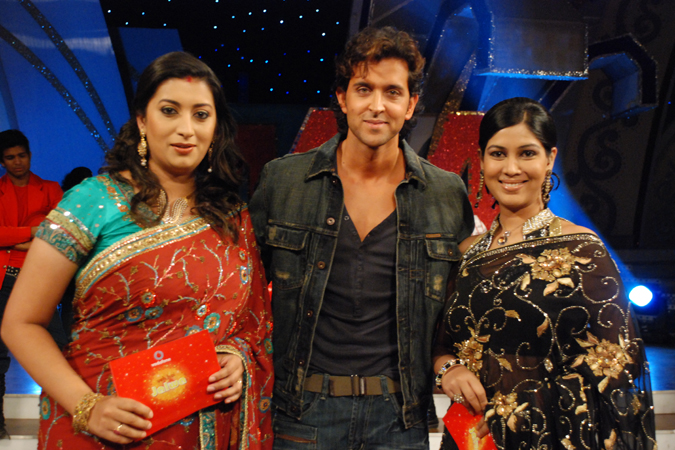 Hrithik with Smriti and Sakshi on Yeh Hai Jalwa 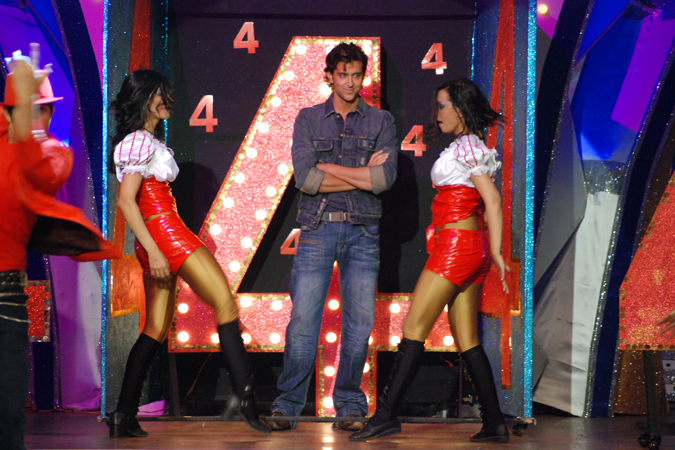