The poster of John Abraham’s upcoming film ‘Parmanu’, based on the story of Pokhran, is out. Produced by Kriarj Entertainment, Zee Studios and Kyta Productions.

John Abraham shared the poster of the film and said “So happy to bring you the first look of my biggest test ever. #ParmanuFirstLook”

The actor had also tweeted when he began shooting for the film recently.

‘Parmanu: The Story Of Pokhran’ is being shot in Jaisalmer, Rajasthan. The cast and crew of the film will later move to Pokhran to film certain parts of the film.

It releases in theatres on 8 December. 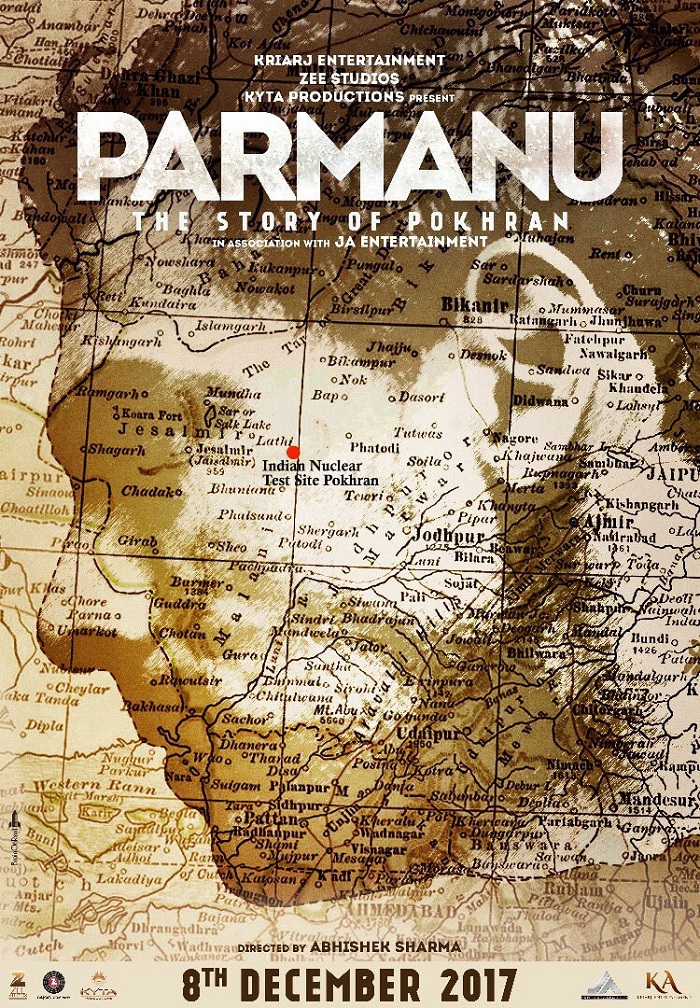