Sonakshi Sinha made a bumper debut with Dabangg and after that movie became such a huge blockbuster, she went on to make quite a few movies in that masala Bollywood entertainer zone. But those sort of movies have stopped being made in Bollywood because of a general fatigue. So it was only natural for her to transition into making Women Oriented films which had some logic in them. She started off with Akira and now she is back with Noor. Will she finally taste success as a leading lady? Is Noor worth a theatre outing?

Story: Noor Roy Choudhary (Sonakshi) is a very relatable character going through a quarter life crisis. She’s the new age dissatisfied girl who is not happy with her career or love life. She is a journalist who sensationalises mundane stories. Her best friends are Saad and Zara (Kanan Gill and Shibani Dandekar, respectively). They keep motivating her, when finally she stumbles upon a horrifying racket of organ trading thanks to her maid (Tambe). She wants to chase the story but is held back by her boss (Manish Chaudhary). To know what happens and how the issue is resolved, watch the flick.

The director Sunhil Sippy sets up the world which is believable and he makes up characters, especially the lead character who is very relatable. And that’s where the first major victory of the film lies. Noor has a very funny tone about it and is actually pretty funny when it deals with lighter moments. But things take a deep dark turn when the lead character decides to chase a social issue without actually doing any work that is substantial. The problem does not lie with the sudden change of genre. The problem lies in the inconsistent tonal differences. Important issues get resolved a bit too easily and things fall into place too conveniently. 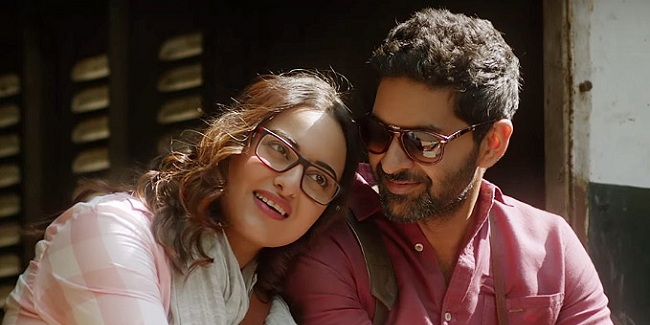 Noor has been shot pretty well because there’s a certain ease about the frames which make the movie identifiable to most of the urban youth. The background score is decent. The editing is a highlight because it doesn’t needlessly add scenes or prolong existing scenes. The costume design and production design is a little too perfect, however. The music doesn’t make that much of an impact. The romantic song is the only above average song in the soundtrack.

Acting: Sonakshi Sinha shows once again with Noor that she can hold forth on her own and can act (we’ve already seen her in Lootera before this). It’s a shame that the execution lets her fine spirited performance down. She is spunky, messy and reminds us of our next door girls. Kanan Gill, the internet-superstar makes his debut in Bollywood as the friendzoned best friend and he’s not bad at all. He’s easy and his acting is laid back. Manish Chaudhary plays the stereotypical crusader-turned-capitalist boss and nails his one dimensional character. Shibani Dandekar doesn’t have a lot do and shows off her awesome clothes (maybe that’s why she’s named Zara in the film).

Conclusion: Noor is a film that starts off really well, and sets up a world which immediately sucks you in. But alas, it spits you out of its world soon after with some very weird story telling decisions. They should have remodelled the original book (Karachi, you’re killing me) to the Indian scenario and should have kept the tone a lot lighter towards the end. Inspite of all its flaws, it should still be given a chance because the social issue it highlights is an important one. However shoddy the execution might be, it should be seen. It is unfortunate that the film doesn’t hold its pace throughout the movie, however. And a good Sonakshi Sinha performance is wasted.