While shooting in the scenic Fiji (an island nation in Melanesia) for his upcoming suspense thriller 3G, Bollywood star Neil Nitin Mukesh was mobbed by the local on the street.

Not just a few.. more than 500 Fiji localities, were excited to get a glimpse of the actor. When Neil obliged and posed for pictures on the streets of Suva, the situation got out of hand and additional security had to be summoned.

Says 3G producer Viki Rajani “There was a lot of anticipation among the locals as not too many films are shot here. Also, they were very enthusiastic and could not contain their excitement of seeing the actors on the local streets. Much later, they co-operated when Neil Nitin Mukesh gave them autographs and clicked pictures with them.”

Neil has been working on 16 hour shits in Fiji to wrap up 3G on time. The film also stars his rumored real-life girlfriend Sonal Chauhan. It’s slated for theatrical release, late this year. 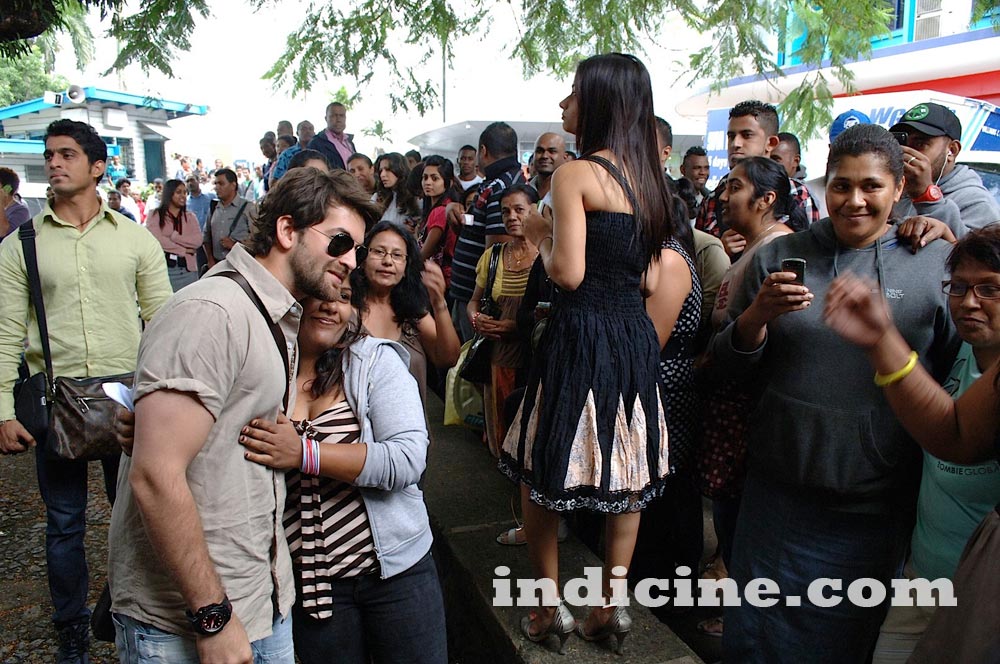 Neil Nitin Mukesh on the sets of 3G - mobbed by fans