Here’s the first ‘love poster’ featuring Sarman (Hrithik Roshan) and Chaani (Pooja Hegde). The film promises to be a epic romantic tale and Kabir Bedi, who plays the negative character in the film, has said Ashutosh Gowariker’s story is the strong point of the film.

Set in the 2016 BC, Mohenjo Daro will be Ashutosh and Hrithik’s second film together after the success of ‘Jodhaa Akbar’.

Hrithik had opted out of Karan Malhotra’s Shuddhi and signed Mohenjo Daro instead. The actor has said, the action-packed climax is his favourite sequence in the film. 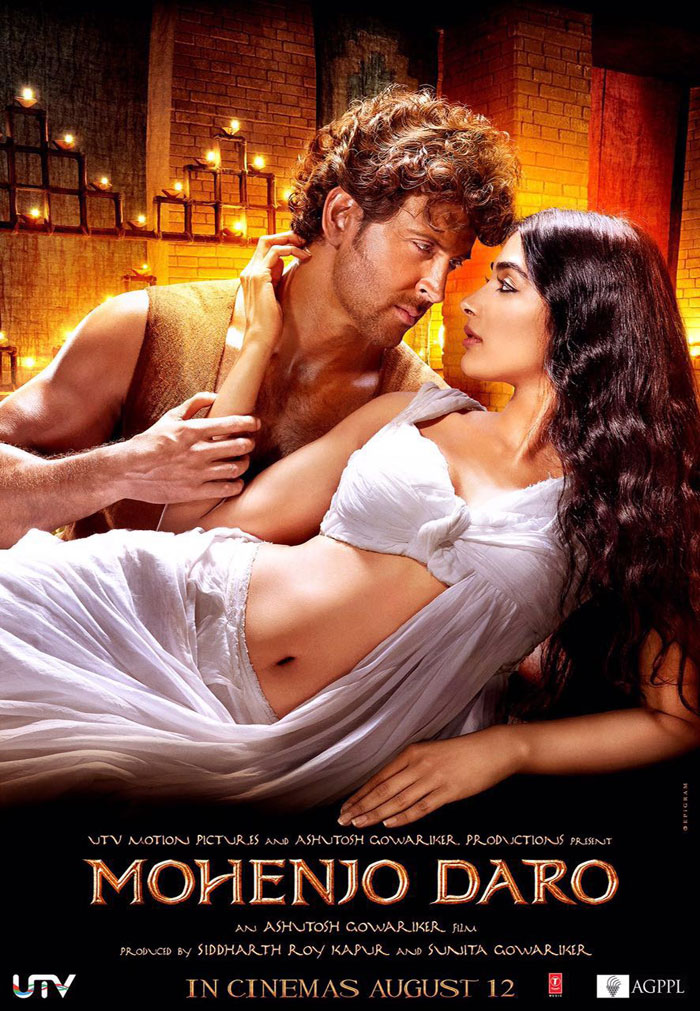