The crowd outside Salman Khan’s house on Eid was so uncontrollably mad that the atmosphere was comparable to a cricket match at the Eden Gardens in Kolkata. Young boys, girls, students, middle-aged men / women and the senior citizens of our country.. were all out to celebrate the superstardom of one man – Salman Khan.

The media was also out in full force to capture the moment when the superstar himself would make an appearance. And he did, for a few minutes.. waved to the crowd, thanked them and disappeared. There were chants of Bhai, Devil, Tiger and even Radhe (his character from Tere Naam)..

At 49, Salman is enjoying the absolute peak of his popularity in the country… the craze is unmatched. Not many of us have seen or experienced the craze for Rajesh Khanna, but it would be hard to imagine anything that can match the craze that this man commands with the masses of our country. 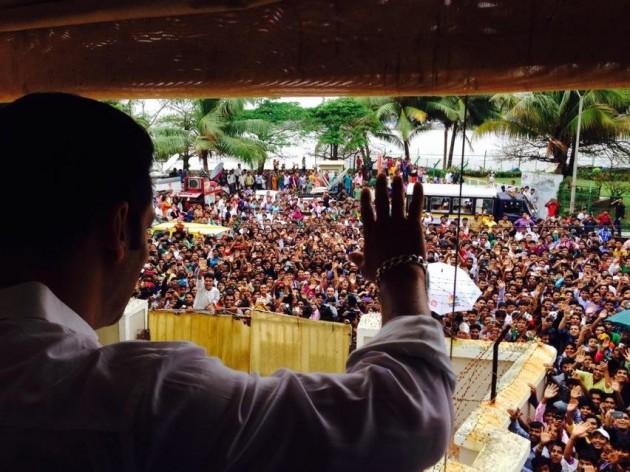 Salman Khan waves to his fans who gathered outside his house