The first look of ‘M S Dhoni’ a film based on the career of iconic Indian cricketer Mahendra Singh Dhoni who led India to their World Cup glory in both the T20 and ODI format, will be released in 2015.

The film features Sushant Singh Rajput who plays Dhoni’s role in the film.

The untold story of MS Dhoni directed by Neeraj Pandey will go on floors soon. The first look of the biopic was also tweeted by Dhoni’s wife Sakshi “Clearing out all those rumours being carried out past few days.It was all false.. Here you go ….BOOM !!!.” 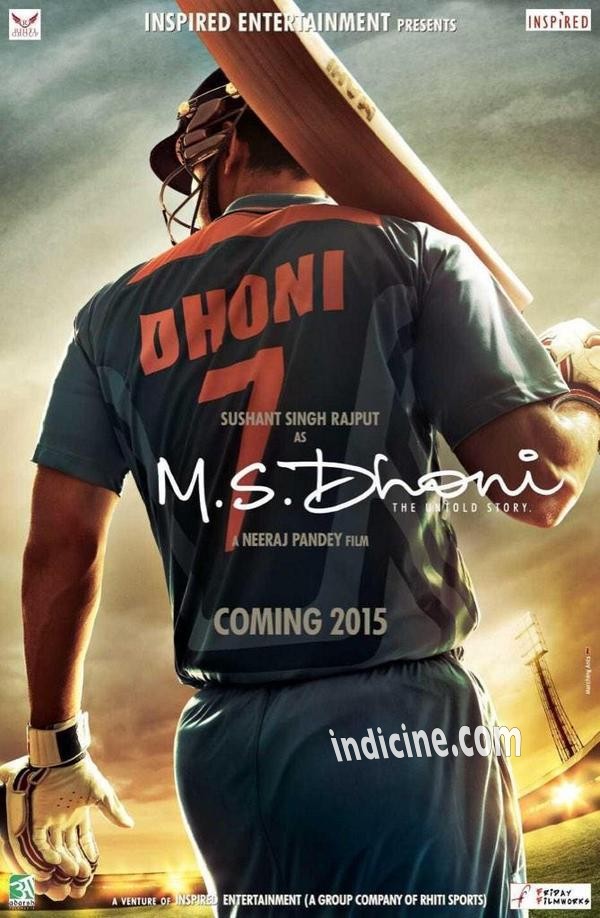