In an exclusive interview to Indian Express, producer-director Rakesh Roshan has revealed that his ambitious superhero film Krrish 3 has a runtime of 2 and a half hours and the film will have only 3 songs.

During the release of their last production venture Kites, Hrithik Roshan had openly spoken against song and dance numbers. Not including lip-sync songs, we believe, would be a good move for a film like Krrish 3.

Excerpts from the interview with Priyanka Sinha Jha.

The good part is that in Krrish 3, I don’t have to establish the character. I already did that in the first two parts (Koi Mil Gaya and Krrish). Hrithik is playing both father and son, and looks like a different person for each character. The shot division becomes very difficult as a result of this – I have to do all the shots of the older character first and the young one’s later. A make-up artist has been flown in from London. The film’s duration is about two and a half hour and it has only three songs. I have knowingly put in elements, which a younger generation will understand.

You can read the full interview here

Below is a fan made poster of Krrish 3 (releases in theatres on 1st November 2013)! 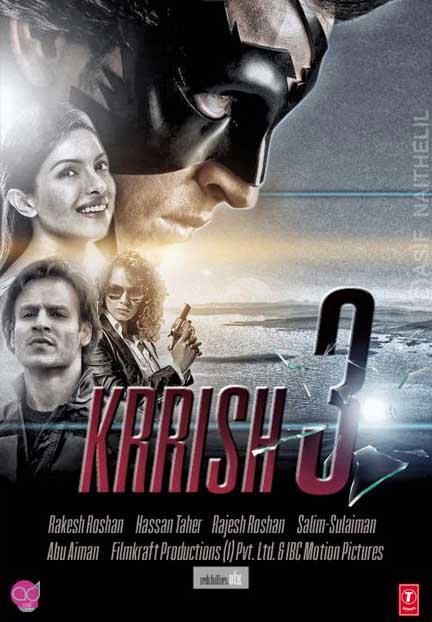