R. Balki’s Ki and Ka releases at a time when ‘content-driven’ films are finding an audience, in fact there hasn’t been a better time to release a good multiplex film. Ki and Ka perfectly fits into that space. The concept is unique for moviegoers and with an acclaimed director like R. Balki at the helm, you expect an entertaining film with a message. Does Ki and Ka work? Do the lead pair work up some chemistry? Does the film entertain? Let’s find out!

Story: Kia (Kareena Kapoor Khan), an ambitious career driven woman, meets Kabir (Arjun Kapoor) on a flight from Chandigarh to New Delhi. Unlike most other guys, Kabir doesn’t want to get involved in his dad’s business, nor is he interested in pursuing a professional career. Instead, his only aim in life is to be like his mother, i.e a artistic housewife.

Kabir woos Kia and the two eventually fall in love. Kabir proposes marriage and wants to be a ghar jamai, while Kia doesn’t want marriage to affect her profession. Kabir’s father is against his decision, but Kia’s mother is open to the idea and accepts the couple. Post-marriage, the roles are reversed. Kia is the bread-winner, while Kabir does everything that you’d expect from a typical housewife. 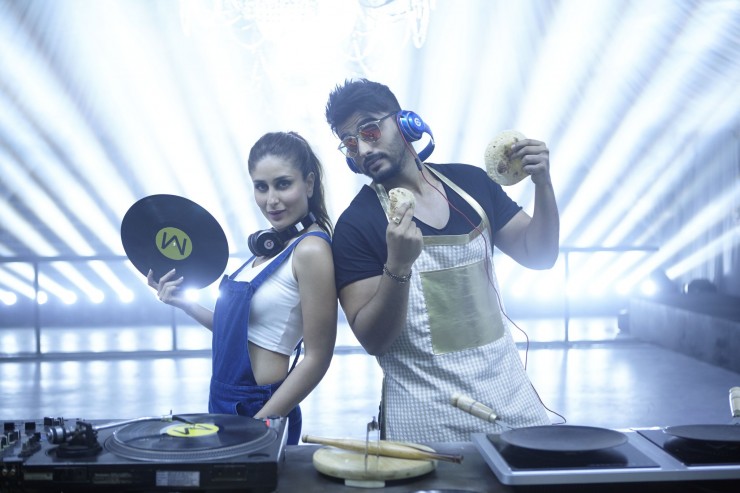 Review: The thought behind a film like Ki and Ka is to break age-old stereotypes. The general belief that men can’t do household duties, that men shouldn’t cook at home, that men absolutely must be the bread-winner, that a woman’s career is as good as over after her pregnancy, that women should give higher priority to her husband and family over her professional career. The list of such stereotypes in our society, especially when it comes to marriage, is pretty much endless. When a couple decide to go against such deep-rooted beliefs, the society tends to look down upon them. It also becomes a test of their own love for each other.

All good. But Ki and Ka is a great opportunity lost, because while the concept is novel, the writer (R. Balki himself) does not go the full distance in making a film that is thought-provoking and real. In fact, for a film that promises to be unconventional, there are quite a few dialogues that are cliched and regressive.

The pacing in the first half is a problem too. The film meanders along at a slow pace in the first hour, but gains momentum in the second. The light-hearted moments between the lead couple are entertaining and will be loved by the fairer sex.

The music goes well with the film, High Heels is the best track followed by Ji Huzoori.  The camera work (P.C. Sreeram) could have been better.

What works for the film is Arjun Kapoor’s restrained performance. He doesn’t go overboard, delivers his dialogues well and makes his character likeable. However, for all the good work that Arjun has done in the film through his acting, the big downside is his physique. The only thing that could potentially stop him from taking his career to the next level is his body. He needs to lose weight and quick.

Kareena Kapoor fails to impress in Ki and Ka. She looks older than Arjun (which is fine because of the characters they play), goes overboard in quite a few scenes and her performance at times does borderline on irritating. Amitabh Bachchan and Jaya Bachchan’s cameo is one of the best things in the film, both are fantastic. Rajit Kapoor and Swaroop Sampat are good.

Overall, Ki and Ka is good film that had the potential to be better. It’ll hold appeal more towards women and young couples. The runtime is short (a little over 2 hours) and even though the pace tends to dip, the film will find appreciation with a section of the audience.